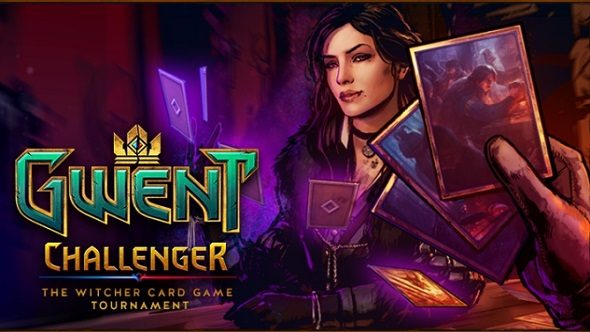 In their first entry into the big bad world of eSports, CD Projekt RED have partnered up with ESL for a special Gwent tournament, titled Gwent Challenger. Pitting four pro players against four of the Gwent community’s best players, these eight competitors will fight for a share of a $100,000 prize pool.

For more card game fun, check out our definitive list of the best PC CCGs.

The pros are mainly CCG players with Lifecoach, Noxious, ppd and Trump making up the four players that community members will have to defeat to gain that grand prize. To enter Gwent Challenger, players must register over on the tournament’s official site and then rank in the top 256 players for their region. From there, the 256 players from each of the two regions will fight in a series of qualifiers until only 16 players remain on each side. The final 16 will then play off, until only two players are left for each region. These four players will then go forward to play against the pros in order to decide the Challenger champion.

The two regions are Redania which runs on GMT and Temeria which runs on PST. Players must pick the region applicable to them before March 22, when sign ups end. Players then have until April 8 to raise their rank and get into the top 256 of each region so they can compete in the qualifier. All matches will happen online, so don’t worry about booking tickets or flights to attend qualifiers. If you do make it to the final four, you will be flown out to Katowice to compete.

“It’s a real privilege to observe how active Gwent players are in the realm of competitive gaming. Community-powered tournaments like The Passiflora Championship, The Seven Cats Brawl or The Gwentlemen’s Open are a source of inspiration for the entire team, and we definitely want this part of Gwent to grow,” said Paweł Burza, community manager for CD Projekt RED.

While qualifiers won’t be officially streamed, the top 8 bracket will be shown on CD Projekt RED’s Twitch channel on May 13 at ESL Katowice, so mark your calendars if you want to watch. You can sign up right here and for all the information concerning deck restrictions and the tournament format, read through the full Gwent Challenger rules.