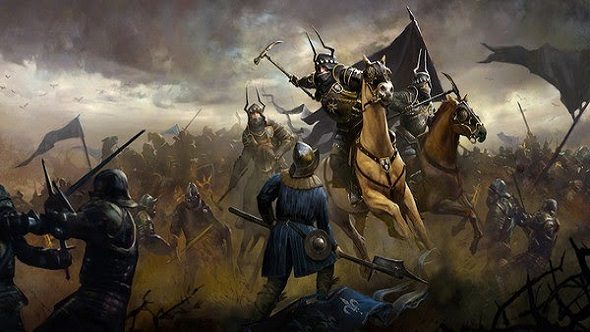 Update February 6, 2017: Nilfgaard has now arrived in Gwent, bringing a collection of spies for its own ranks and a bunch of new additions for the existing factions.

“The might of Nilfgaard arrives to Gwent: The Witcher Card Game,” says the official blurb. “Will you join the Empire, or stand against it as the proud Skellige, brutal Monsters, cunning Northern Realms or shadowy Scoia’tael?”

Get ready to lay waste to enemy armies with our list of the best strategy games.

Check out the brand new trailer above.

Original Story January 30, 2017: CD Projekt RED have announced a new playable faction for Gwent: The Witcher Card Game. The free update will add Nilfgaard, a fresh faction with its own gameplay quirks.

Playing as Nilfgaard will be based around controlling and maintaining control of the battlefield.

Presumably by tapping into their network of spies, the faction can reveal the cards in their opponent’s hand, switch up the order of their cards, and cause chaos in their ranks by leveraging disloyal units.

“The update expands the number of cards available in the game by over 60 – new additions also include faction-specific cards for Northern Realms, Scoia’tael, Skellige and Monsters, as well as neutral cards usable by every faction,” says the press release.

The content update introducing Nilfgaard is scheduled for release on February 6. The game itself is currently still in beta.