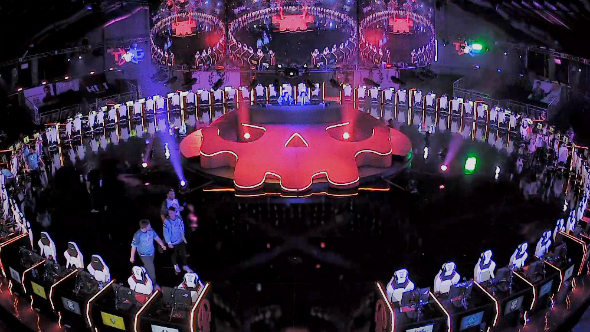 H1Z1 might have taken a backseat to PUBG and Fortnite as the go-to battle royale game over the past year, but it still has a lot to offer in the competitive scene. H1Z1 Pro League is the result: a drastic, considered, and purposeful twist on the original game’s format that shows why PUBG’s esports dalliances have yet to transition into a professional league.

Love the genre? Here are the best battle royale games.

H1Z1 Pro League has made a confident debut in Las Vegas, with a setup that makes Overwatch League’s staging look lacklustre. 75 players from 15 of the best teams in the world all play in one giant ring of PCs. There’s a video feed for every player and even heart rate monitors so analysts and shoutcasters are never short of something to pick apart. More importantly, the only way to win is to rack up kills, so the victors will never be the team that cower in a bush all match long. 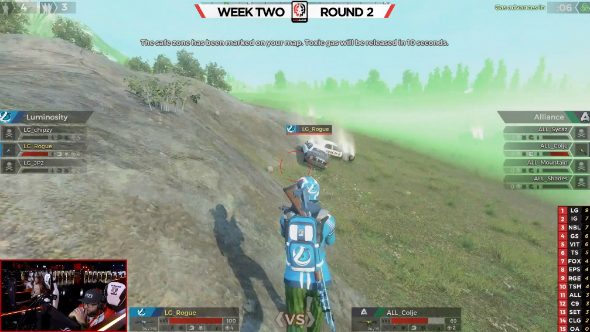 We spoke to chairman of the H1Z1 Pro League Jace Hall about the journey to making H1Z1 esports ready, being the first competitive battle royale game, and ensuring individual players stand out in 75-player competition.

PCGN: What are the main differences between H1Z1 and its Pro League format?

Jace Hall: There are several differences, but in the interest of brevity I will name one: the point system is different. In traditional H1Z1 play, the act of surviving for as long as possible and being the last one standing will award you points. In Pro League it will only award you a bonus multiplier to the points you earned by eliminating others during the game. The fact that a pro player can only get points by eliminating other pro players is a significant change in required strategy, and it drives action of engagement, not the avoidance of it.

Another difference is that we’re turning H1Z1 into a playing field for the best 15 teams in the world who will battle it out over the course of two ten week splits, and as the teams play, their scores are cumulative. So really, they are playing one giant match that is made of up 40 individual rounds, with two rounds every week. Each round represents a chance for a team to get more points added to their cumulative totals. 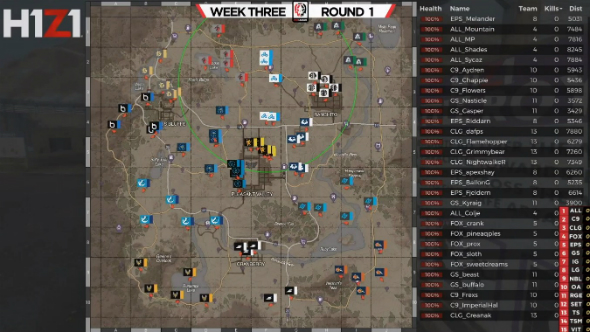 Can you explain the split format for H1Z1 Pro League and the reasoning behind it?

The season is broken into two ten-week splits. Each split contains one competitive set per week and each set is made up of two rounds. So there are 40 rounds in total each season.

We break the season up into two ten-week splits for numerous reasons. Firstly, it gives the governance committee an opportunity to review the format and potentially make changes or improvements for the next split. It also creates a potential opportunity for teams to make roster changes. Elsewhere, this format allows us to focus on the H1Z1 Joe-to-Pro amateur scene and potentially feature it in various ways. Finally, this format provides players with a much-needed break.

What has the journey to Pro League been like?

Well the full answer to this would be enough to fill a whole book. In lieu of that, here are a few highlights. The journey to H1Z1 Pro League has involved identifying a game that would work well with our esports 2.0 vision and convincing the publisher to not only grant us the exclusive Pro League rights, but also subjugate the game itself to league concerns and priorities. Next, we had to analyse traditional sports leagues and compare them to typical esports 1.0 league configurations so that we could take an all new approach that merges the best of both worlds. The rest was about finding passionate team organizations, providing a way for players to be recruited based on skill rather than popularity, getting the right distribution partner that aligned with our goals, securing the right location and venue partner, and figuring out the best broadcasting format for audience understanding and viewability. 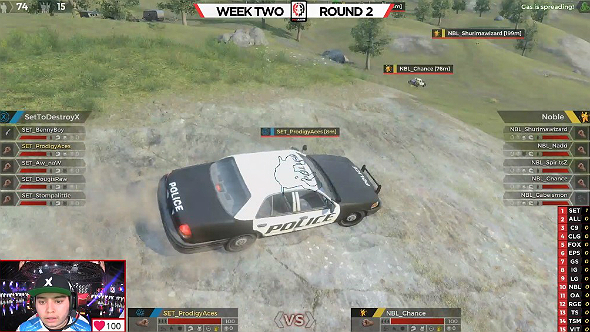 Obviously, the Pro League has been years in the making, and we’ve assembled a team of extraordinary individuals from the gaming and traditional sports world. Stratton Sclavos, our co-chair and General Partner, was not only the CEO of Verisign but also the GM for the San Jose Sharks – plus we have sales veterans from the UFC and investors such as the New York Yankees and other pro sports organizations. We’re all-in on esports. The H1Z1 Pro League is an epic undertaking so we’ve definitely encountered some bumps along the way, but we keep getting better. As the season progresses, you’ll see how we’re taking feedback on board to make Pro League the best it can be for teams, players, and viewers.

Other battle royale games, most notably PUBG, are working on making their game esports viable – do you feel that H1Z1 Pro League is the best example out there?

We think H1Z1 Pro League is the most ready to be a viable esport among the other battle royale games currently on the market. We’ve worked closely with the team at Daybreak Games to prepare H1Z1 for prime time. Additionally, it’s been tested through various one-off pro tournaments like Twitchcon and successfully placed on network (not cable) television as the CW’s “Fight for the Crown.”

What are the logistics of battle royale esports from a spectator’s perspective?

Nothing like the Pro League has been attempted before. From a scope and scale standpoint, it’s the most ambitious esport ever attempted. Think about it: you have 75 players arranged around a gigantic circular stage, with camera rigs, several gigantic monitors, and a live audience. There are more than 150 incoming video feeds along with player heart rate monitors, and everything else – it’s a spectacle, and it was designed to be. And since we’re prioritizing the entertainment value and player narrative of the pro league, the experience is geared toward creating an experience akin to a traditional live sports event with all the drama and excitement of competitive play. 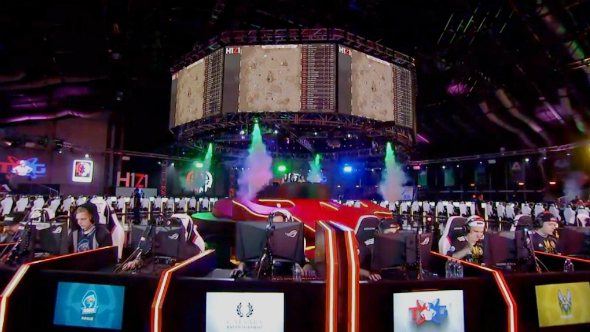 And what about for people attending the event?

The same. It’s all about creating something that connects the live audience member to the players themselves. After all, they’re in the same space, sharing all the trials and travails of live competition in real time. So, it’s about making the fan feel invested. The casters and our host Kristine Leahy are the middle men (and woman) who help translate the action.

Esports generally focus on players and big personalities, by having 75 people in a single match is there a fear that you lose that appeal?

Actually, we think it’ll have the opposite effect. Again, compare the pro league to a traditional sport like baseball: you have the 75 best players in the world competing together in one match, so you’ll see rivalries, teamwork, and personality expressed in real time. Plus we’ll have 75 individual player POV VODs created after each match, so fans can get first-hand perspective of their favorite pros.