After so long in stasis, you’d be forgiven for forgetting exactly why there was such clamour for a third Half-Life 2 expansion. It was about forward momentum. Valve left us, as they did at every juncture in the series, with a cliffhanger and a new destination: a reason to push on and a sense of urgency. Without Episode 3 we were Wile E. Coyote, legs spinning uselessly in midair.

What genre-defining blasterpieces sits alongside Half-Life on our list of the best FPS games on PC?

Prospekt, the newly released Steam solo project, attempts to put some of that pace to good use. Pitching his game as Opposing Force 2, 25-year-old Bournemouth developer Richard Seabrook laces us back into the boots of marine corporal Adrian Shephard and rewinds us to the climactic midpoint of the game (via some extra-dimensional Vortigaunt technomagic which, frankly, is no more knotty than the narrative threads Valve pulled to get all of its principal cast in City 17).

“Speak now or we will assume you are in agreement,” intone the vorts in Prospekt’s opening, elevating some clumsy exposition with a traditional Half-Life joke at the expense of a mute player. The lanky aliens keep Shephard at arm’s length, nominally because he’s spent the better part of his career shooting them, but also because Seabrook doesn’t have the budget to mimic the groundbreaking facial animation of Valve’s seminal sequel. 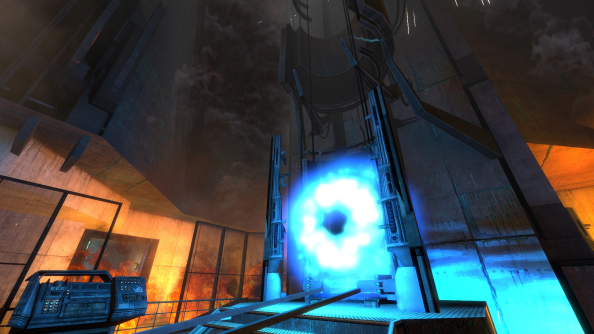 That turns out to be a point in Prospekt’s favour: freed from the ensemble cast that steered the tone of Half-Life 2, its first couple of hours recall the isolation of Black Mesa. The expansion ramps up slowly – arguably too slowly, considering that nobody buying Prospekt will be unfamiliar with the workings of a crowbar or even the alt-fire of a Combine pulse rifle – bravely neglecting to lend you a weapon in its first minutes.

Prospekt is a reminder that Portal, surprising and important though it was, wasn’t Valve’s first puzzle game. The early stages here are environmental puzzles, about simple object manipulation – turning a valve, obv; knocking a wire out of place; stacking barrels to bring new areas within reach of the jump key. 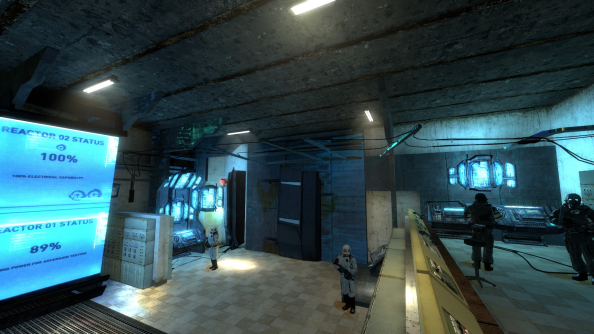 In short, it exploits the physicality of the Half-Life 2 era Source engine that later shooters didn’t fully capitalise on. The tactility that allows you to pull computer monitors from nearby desks and block the fire of automated turrets. The robustness to the way barnacles latch onto flaming barrels just as they would you. In Prospekt, as in Half-Life proper, the world responds in a way you can anticipate – still a relative luxury in gaming environments.

There’s a sense of visual economy too – a sparing approach to aesthetics that means the engine hasn’t aged as cruelly as it might have. Prospekt looks most dated when Seabrook piles on the effects, but for the most part embraces the stark layering of Combine and Eastern European architecture, as Viktor Antonov first imagined it. 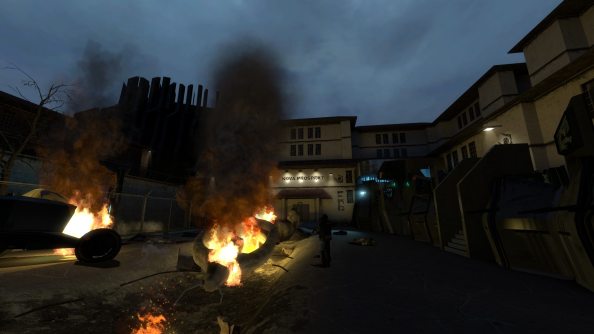 A powerful early moment finds Shephard hopping into a (non-Aperture-produced) portal. As he does so, the player perspective flits between vignettes from various spots in the Combine empire: the bowels of an apparent alien installation; the outside of a frozen gulag, where the wind whistles in your speakers; the aisles of a spartan church lit by a single circle of stained glass.

That’s a far subtler story than the one Prospekt attempts to tell in auditory flashback, seemingly harking back to Shephard’s days raiding Black Mesa. In the first couple of hours, that amounts only to military chatter and the occasional crass joke from the marine’s former squad. 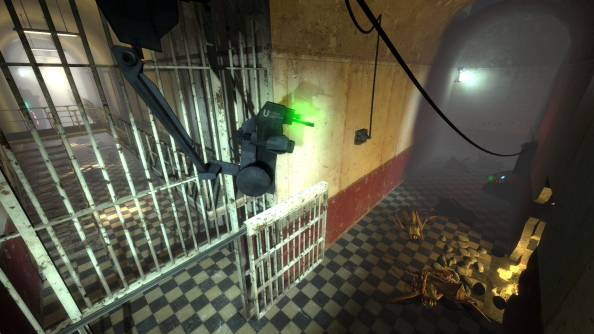 Prospekt draws from a deep well of fond nostalgia – the bloop of a Combine radio, the fluttering assault of an antlion. There’s a worry that this new episode doesn’t have surprises in store to match Valve’s War of the Worlds-ian striders, or the tiny airborne buzzsaws which literally fly off their shelves. But that’s a high standard to hold it to – who has matched Valve since? Seabrook’s graphical updates, newly reactive AI, and soundtrack that sometimes trades in techno for brass bombast might be novelty enough. After eight years in stasis, in a genre that’s since taken a different path, there’s still lots in an expanded Half-Life 2 that feels new.

Prospekt is out on Steam today.