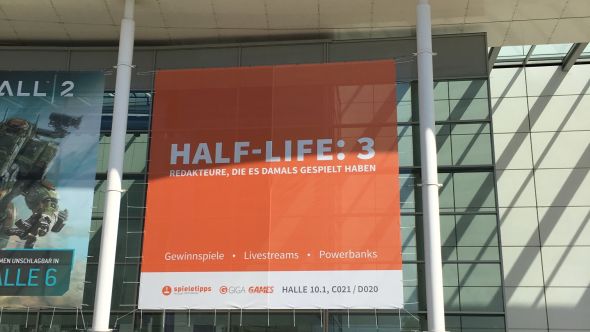 Each passing day is a day that Half-Life 3 isn’t released, but there are some days on which Half-Life 3 goes more unreleased than others.

Half-Life 2 brings the physics to our list of the best first-person shooters of all time.

Let me explain. At this year’s Gamescom, press and public have dutifully ignored a great big banner that reads, in German and with somewhat misleading emphasis, “HALF-LIFE: 3 people, who played it back then”. It’s a cheeky joke paid for by a local publication. Yet somehow, the sequel has never felt more unannounced.

There have been days like this before. Days when Half-Life 3 was so conspicuous in its absence that it felt tangible, as if you could reach out and feel the grooves in its logo, letting your hands slide around its unseen form as if guided by Patrick Swayze in a pottery class.

We’ve allowed ourselves to look longingly, disgustedly, back on a few of those fever dreams. 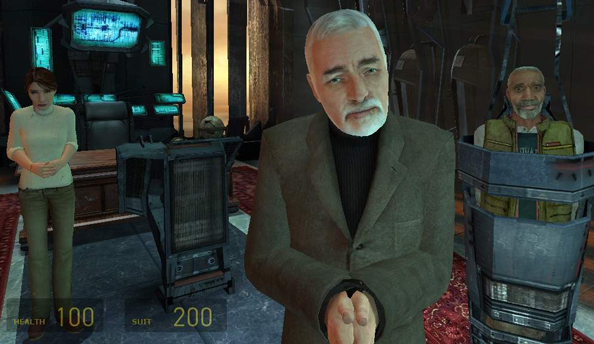 The day erstwhile Half-Life writer Marc Laidlaw began tweeting in the voice of a villain we hadn’t heard from in years. His 140-character missives appeared to explore the possibility that Dr Breen had escaped the collapse of the Citadel at the close of Half-Life 2 by taking on a ‘host body’ at the behest of his Combine overlords.

Soon afterwards, Laidlaw described the effort as “fanfiction” – a statement Valve disciples correctly identified as yet another layer of fiction, a shrewd and characteristic layering of realities from the mind behind the vortigaunts and Nilhilanth.

Here’s the follow-up tweet that failed to emerge, but will surely come any day now:

Blessed are all my children, but none more than thee, my beloved Half-Life 3 https://t.co/YhQehLVbs5 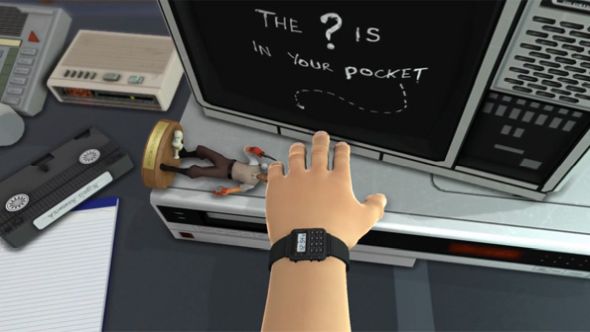 The day Surgeon Simulator 2013 devs Bossa Studios added a cryptic sticker to the base of a Team Fortress 2 figurine that appeared on the game’s reception desk. Through fevered in-game investigative work, internet sleuths eventually uncovered a secret six-digit keycode that unlocked a top secret alien autopsy.

But that wasn’t all, was it? Bossa Studios denied they were announcing Half-Life 3. Of course they would. Though Valve themselves soon stepped in to end the association, it seems clear that this ARG still goes on, like an easter egg hunt that eventually sees its gluttonous participants shrink and starve, bereft of information but sustained by the knowledge that there is more. There must be more.

The day on which Valve writer and VR evangelist Chet Faliszek, holding court in a Q&A session at EGX Birmingham, was asked by an audience member whether Half-Life 3 would be a VR game.

As one, hundreds of open-mouthed Valve devotees, eyes clenched shut, reached upwards towards the confetti dispensers they believed – knew – were above their heads, ready to pop into life the moment the Valve figurehead said the magic words.

As Faliszek’s jaw unclenched in slow-motion, his lips briefly formed a perfect ‘0’, a gesture attendees recognised as a nod to the portal gun all but confirmed for inclusion in Episode 3. And then he spoke. 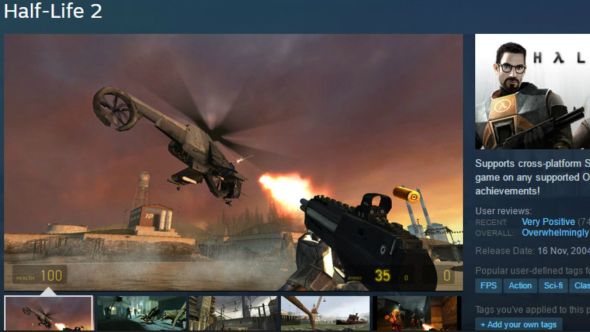 The day the dedicated dataminers at SteamDB dug up mention of Half-Life 3 on Steam. Steam, the platform belonging to Valve, famed makers of Half-Life. These amateur augurs had seen the future before; their gift was to read unannounced games in the data-strings. This, in all certitude, was just one more.

Commentators were flabbergasted when, the following day, a 64GB update to the Steam client didn’t surface, replacing the grey skin of the store with an Orange Box shade of tangerine.

Punters were robbed of the chance to sit, naked and willing, in front of of their PCs – awaiting a shift in perspective as sudden and complete as the turn of the Featured Games carousel on Steam’s front page. They were never quite pushed into the right headspace to trigger that mass realisation: Steam is Half-Life 3.

“Think about it,” they would have uttered, given the opportunity. “How were Valve ever expected to reshape the medium for a third time from within the confines of a gaming application? They had to think bigger than the cogs in the Combine, man, they had to break out of the stricture of the game, singular. It was games all along. They stuck a crowbar in the innards of the industry. Steam is Half-Life 3.”