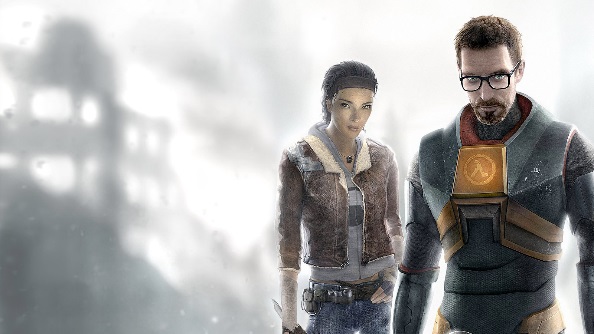 SteamDB has unearthed a new text file in a recent update to Dota 2. The file is labelled as ‘hl3.txt’ and includes mentions of ziplines, squads, citizens, NPCs, and VR – things not associated with Dota 2 in the slightest.

There’s no way Half-Life 3 is coming out this year, so why not play one of the best games of 2015 that have actually been released instead?

Clearly this absolutely, definitely, without-a-doubt confirms the existence of Half-Life 3, and we can all stop sacrificing goats to Valve.

The files, which can be seen at SteamDB, include the notes:

“npc.quest/citizen” “If you want your citizens to squad with the player but not obey commands the player gives to move the squad, put a concept here and this citizen will speak the concept instead of obeying the order.”

Ziplines are pretty common these days in FPS games, and citizens formed a large part of Half-Life 2’s cast. That ceiling turret seems noteworthy too, not just since turrets are guns and Half-Life is a shooter, but pulse guns were a staple in the Combine’s arsenal.

Now remember before you start going wild and host a lavish Half-Life 3-themed banquet: this isn’t proof. We have no idea what any of this means, and likely won’t anytime soon. It could be anything from a mistake to a hoax, so keep yourself calm. For all we know, VR and ziplines are coming to Dota 2.