Update July 22, 2017: Half-Life: A Place in the West’s third chapter is out now, and the team have given some updates on what’s happening between now and the next chapter.

Alongside the release of A Place in the West, the developers have issued a short blog post to say what’s going on with them. Before chapter four, they’re planning on updating and improving the application used with the comic, by adding controller support, soundtrack integration, and possibly finally swapping to a two-page layout.

Steam’s got a lot of free games for you to play, so we’ve put together a list of the best options.

There’s also a free interlude between the chapters that will be released at some point. You can see thefull blog post here, and the Steam page for thethird chapter here.

Original story 8 July, 2017:Valve may not be in the mood to put out Episode 3, but the creators of officially-licensed comic, Half-Life: A Place in the West, are. In fact, chapter three of the comic is being released exclusively on Steam on 21 July, just a couple of weeks away.

The recently released trailer, which you can watch above, gives an idea of the plot, but to quickly summarise, it concerns a number of military commandos who have been kidnapping children for mysterious reasons. A father, a scientist, and a vortigaunt are now exploring New Franklin, the origin of these commandos, and finding out what exactly is going on.

The comic is going to run for 13 issues, and is created separately from Valve, by a studio that solely uses the IP. The first issue is free on Steam, with issue two costing $1.99/£1.59, and issue three costing $1.99/£1.59. The Steam page for the next issue isn’t up yet but you can check the existing issues here.

This latest chapter focuses around The Pit, a collection of alien arenas, where creatures and people fight one another to the death. It’s a lovely bunch of people in New Franklin, I’m sure you’ll agree. At least the person on the front cover of this chapter definitely looks like she’ll be up for a night in with a romcom, right? 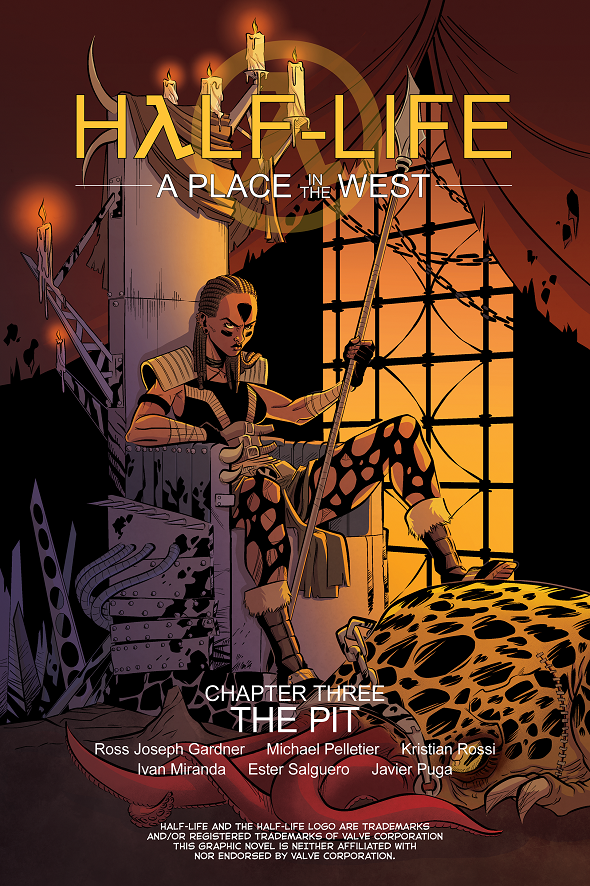