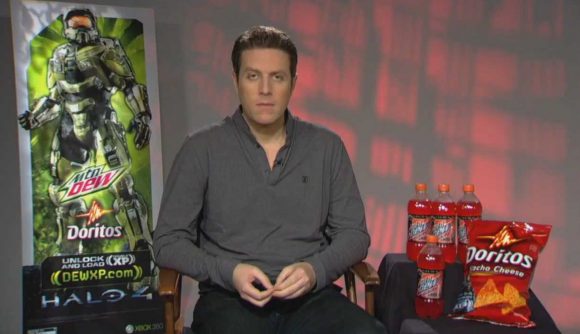 The Game Awards creator. Dorito Pope. Hideo Kojima’s best friend. Geoff Keighley is known by many names, and now it seems we can add ‘deep-discount Steam series’ to the list. The entire Geoff Keighley franchise is on sale for the duration of the Steam Winter Sale, so if you need a presenter for any game-related presentations for the foreseeable future, it’s quite a deal.

Well, okay, so you’re not actually getting Geoff himself on sale here. Instead, this particular Steam sale niche covers titles developed and published by Keighley – his Final Hours series. The Final Hours of Portal 2, Titanfall, Tomb Raider, and Half-Life: Alyx are digital, magazine-style books that cover the making of each of the games in question.

The Final Hours of Half-Life: Alyx in particular is an excellent look into the past decade at Valve, and the sorts of projects the company was working on prior to the launch of Alyx. If you want deep details on what happened to the real Left 4 Dead 3 and Half-Life 3, it’s a must-read.

Keighley says he’s coming soon to Game Pass, too. (I was about to joke about how this is clearly a joke, but then I thought about all the weird stuff that’s happened at The Game Awards in the past few years and I’m not even sure anymore.)

We plan to have some further recommendations for the best PC games to pick up as the sale rolls on, so stick with us if you’re having trouble deciding what to buy.