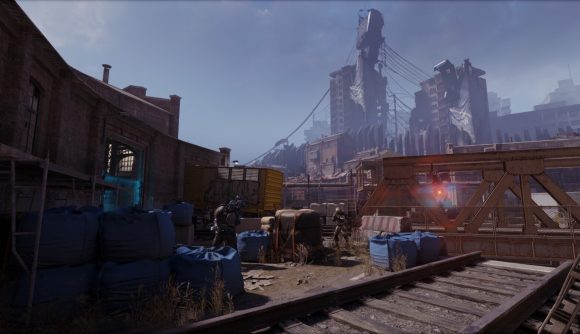 Half-Life: Alyx boasts some pretty fantastic levels, and now there’s one more. Loco-Motive is a custom level available in the Steam Workshop that absolutely drips with professional quality, from the combat encounters to the impressive voice acting.

Loco-Motive nails Half-Life: Alyx’s atmosphere, and that’s probably in a large part thanks to writing by Ross Joseph Gardner and voiceover work by Joey Bracken. The level itself was designed by Maarten Frooninckx, who previously created the popular Downfall mod for Half-Life 2. There’s no indication, when you load into the mod, that this was something built outside Valve’s own Half-Life team – it’s accurate down to the tempting file cabinets to rifle through and the lifeless zombie corpses sitting at their old workstations.

In Loco-Motive, you’ll once again play as Alyx Vance, and you’ve got to slip into a Combine-occupied train switching yard in order to secure some supplies that are either absolutely vital to the survival of the human resistance, or are just a couple weird gizmos Russell wants to fiddle with in his lab. Russell is, as usual, suspiciously unclear on exactly why he’s instructing you to do all this.

UploadVR has a few minutes of gameplay footage here: 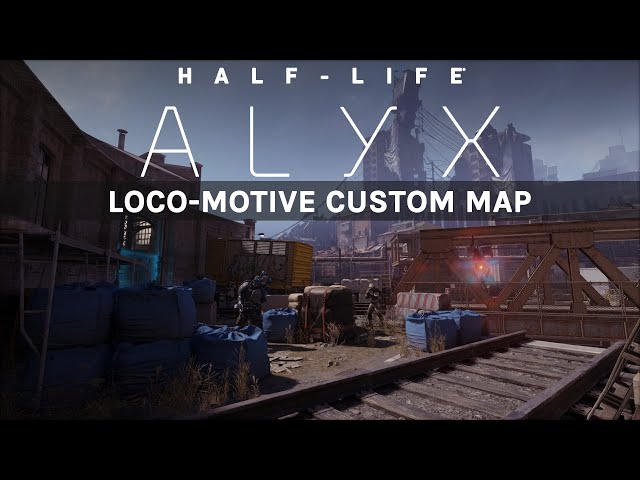 Screenshots, and even the video above, don’t really do the experience justice – and everyone who hasn’t shelled out for a VR headset is probably tired of hearing that at this point. It’s true though – the sense of scale is difficult to fully convey, and Loco-Motive takes full advantage of that size.

From a dark service tunnel, you’ll emerge into the train yard, which has been the scene of a grisly battle between Combine scientists and a horde of antlions. There’s goop-like resin plastered all over the walls, and you can see the walls and spires of City 17 in the hazy background. In all, the level should take about 45 minutes to complete, and it’s full of creative puzzles and dicey combat encounters with Combine troops.

You can find Loco-Motive on the Steam Workshop. Once you’ve clicked subscribe and downloaded it, launch Half-Life: Alyx and select new game. Click ‘manage add-ons,’ and select Loco-Motive, along with whichever options you’d like for traversal and difficulty.