In Stephen King’s 1980 novella, The Mist, the small town of Bridgton, Maine is swamped by a perfect, angular, white fog. It spreads rapidly across the town, and with it, so do the mysterious monsters hiding within. It leaves death and destruction in its wake and the story’s protagonist, David Drayton, holes up in a local grocery store along with several dozen other survivors. There, whispers circulate about The Arrowhead Project — a shadowy military installation in a neighbouring town.

The people of Bridgton offer differing theories on what The Arrowhead Project is up to behind its barbed wire fences and security cameras. One character speculates that the personnel are “fooling around with [atoms] up there.” Another says the facility is just an agricultural station hoping to produce “bigger tomatoes with a longer growing season.”

After two military officers are found dead by suicide in the grocery store’s storage room, Drayton and the store’s assistant manager, Ollie Weeks, speculate about what they could’ve been running from.

“Maybe there was an accident,” Ollie posits. “They could have been fooling around with anything. Some people claim they were messing with high-intensity lasers and masers. Sometimes I hear fusion power. And suppose… suppose they ripped a hole straight through into another dimension?”

King’s book never confirms any of this speculation. We never see The Arrowhead Project. We see only the effects that are attributed to it. 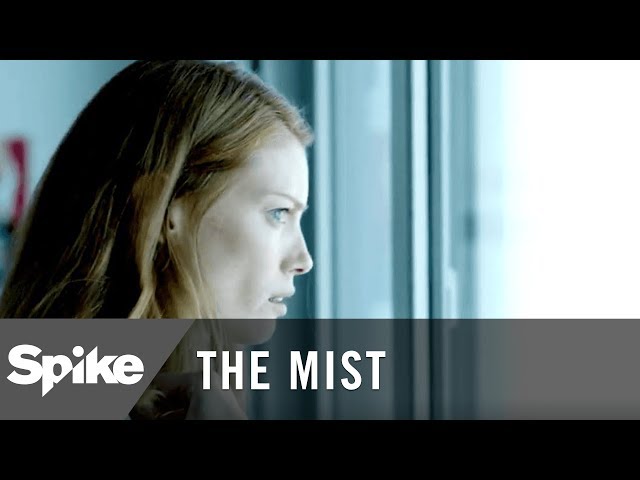 Half-Life inverts The Mist’s formula. Valve has credited King’s novella with inspiring the game’s story — Half-Life was even originally called ‘Quiver’ as a nod to ‘Arrowhead’. But the 1998 first-person shooter gives us a different perspective on similar events. Instead of watching as chaos ripples out from the Black Mesa Research Facility, we are at the heart of the action. As physicist protagonist Gordon Freeman, we push the button that triggers the resonance cascade — an event that opens a portal to another dimension, causing violent alien creatures to flood into our world.

It’s an event with huge ramifications across the series’ timeline — a timeline that Valve brought in sci-fi novelist, Marc Laidlaw, to help shape. But sci-fi storytelling isn’t all there is to Half-Life. The game marked a step forward for first-person shooter design — comprised of rudimentary physics, a focus on narrative, and a no-cutscene approach to storytelling — but it stood on the shoulders of the shooters that game before. 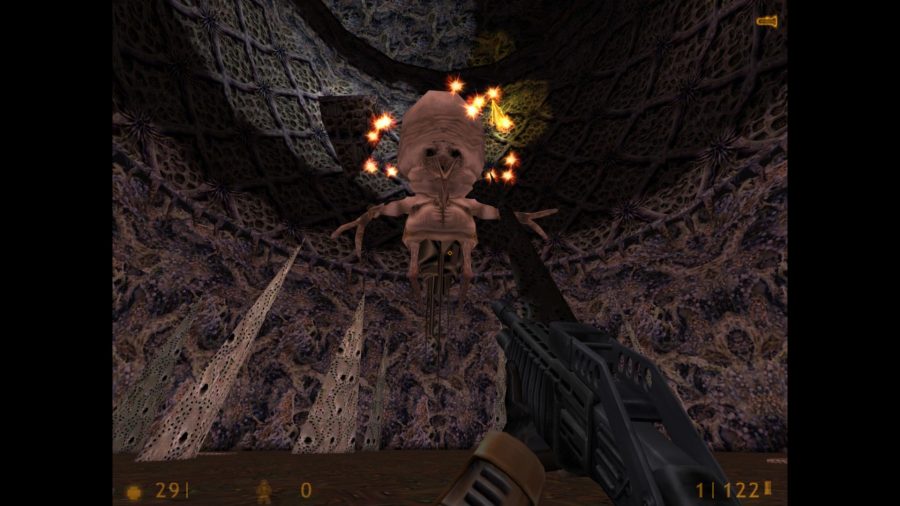 Half-Life 2 further developed Valve’s no-cutscene style. Half-Life had its stunning, slow burn open, but the sequel was studded with similar moments: Gordon’s arrival at City 17, the mishap in Dr Kleiner’s lab, Gordon’s journey through the mechanical guts of the Citadel. Half-Life 2 is constructed to maximise the impact of the Valve style.

In its narrative and setting, Half-Life played with the mythology surrounding Area 51, the mysterious government complex in the Nevada desert, but transplanted the action to Black Mesa, a mysterious government(-affiliated) complex in the New Mexico desert. In its presentation, Half-Life married the popular first-person perspective to the long tracking shots of films like Rope and The Passenger. It was a watershed moment for action games, and nearly every single-player shooter that has followed has taken at least some inspiration from Half-Life’s potent approach.

After Half-Life’s massive success, Valve famously took its time making Half-Life 2. The sequel built on the foundation the original game laid, treating the incident at Black Mesa as a defining moment not just for Gordon Freeman, but for all of humanity. 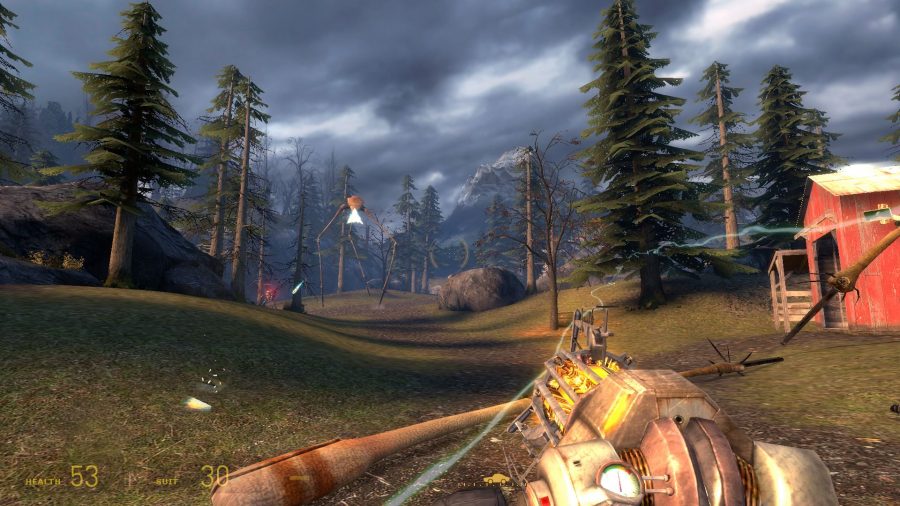 Meanwhile, its fiction introduces a number of new influences. Viktor Antonov’s art direction drew from Eastern European architecture, and the interior of the Citadel, replete with pods housing human prisoners, seemed to draw visual inspiration from The Matrix. The headcrab zombies of the first game were given space to be all that we associate with videogame zombies in the horrifying Ravenholm section, shambling after an under-equipped Gordon Freeman in the darkness like a pack of Resident Evil’s undead. Half-Life: Alyx, which explores the time between Half-Life and Half-Life 2, will almost certainly play with much of the same fiction.

With Half-Life: Alyx, Valve is releasing its first big, story-driven game since 2011’s Portal 2. In the 13 years since Episode Two, some of Half-Life’s key creative figures, like Laidlaw, have moved on. But Portal 2 scribes Jay Pinkerton and Erik Wolpaw have returned to Valve in recent years and, as evidenced by the Half-Life: Alyx reveal trailer, the pair are bringing some of Portal 2’s trademark humor to Valve’s flagship shooter series.

And yet a lot has happened in games since 2011, and Valve appears to be drawing from two major design currents that have arisen in the 2010s. 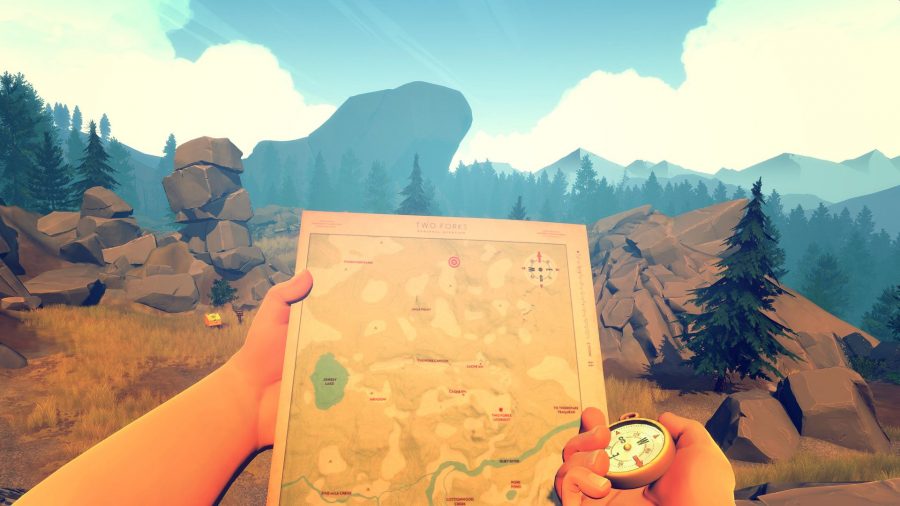 With games like Gone Home, What Remains of Edith Finch, Thirty Flights of Loving, Virginia, and Paratopic, in the past decade indie developers have explored the possibilities present in first-person design when shooting is subtracted. Some of these games, like Dear Esther and The Stanley Parable, even began life as mods for Half-Life 2 before getting full commercial releases.

It's hard to build something of triple-A scope in VR, but we thought that's a role we could fill

Now, the genre has, in some ways, come full circle. Valve has incorporated Campo Santo, developers of the critically acclaimed Firewatch, into the Half-Life: Alyx team. That’s bad news for folks who were looking forward to In the Valley of Gods, Campo Santo’s previously announced follow-up to Firewatch, but it’s likely good news for Half-Life fans. Firewatch is one of the most narratively rich first-person experiences of the past few years, and Valve will certainly benefit from Campo Santo’s storytelling chops.

Additionally, Valve is building on its own experience in developing for VR. In 2016, to accompany the launch of the Vive — a headset co-developed with HTC — Valve launched The Lab, a Wii Sports-like collection of short VR experiences set within Portal’s Aperture Labs. But longtime Valve designer Robin Walker has said that fans and VR early adopters both expected more from Valve’s first steps in the burgeoning medium. 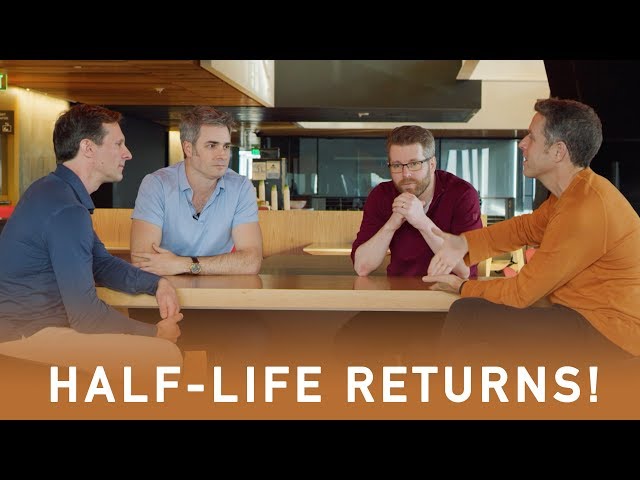 “Our feeling after we shipped the Vive and The Lab was aligned fairly cleanly with what we were seeing a bunch of customers say at the time, which was like, ‘Where’s the big VR title?’” Walker told longtime Half-Life chronicler Geoff Keighley last year.

“Around that time [we had to] ask ourselves, well, ‘What do they mean then?’ ‘Cause we thought The Lab was a big game.” […] So, it seemed to us that a lot of people were asking, ‘Where’s the big, all-encompassing content sprawl that you get in a big triple-A title of some kind?’ […] And there were many reasons why it was, and still is, hard to justify building something of that scope in VR. We thought that was a role we could fill because we can certainly invest in longer term strategies around putting more effort and money and time into [VR].”

Valve is apparently invested in creating single-player games again, and exploring the full potential of VR. While we don’t know the full extent of the fictional sources that Half-Life: Alyx will draw from, the team that Valve has assembled gives us hope that it will build on the fascinating lore and forward-looking mechanics that have defined the series thus far.