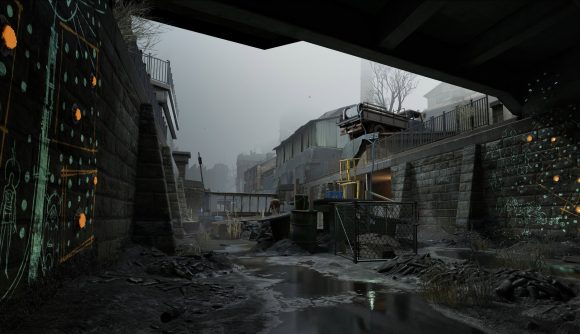 If you’re in need of an exciting new workout, VR game speedrunning might be it. A speedrun of Half-Life: Alyx from SGDQ involved actual running, as well as crouching and crawling.

The run occurred during the week at this year’s Summer Games Done Quick. As both VR and Half-Life: Alyx’s inaugural appearances at the event, there was some curiosity as to what a speedrun in this form would look like. Kind of exhausting, it turns out, as the runner, Buffet Time, has to run, crawl, lunge, and crouch repeatedly to achieve the desired tricks and glitches.

SGDQ went all-online this year, so Buffet Time performed the run of the action-adventure game from a small, square room of their house. In the clips below, you can see how every inch of the available floor-space is used, measured out precisely to give enough room for the required movements. Clocking in at just over 31 minutes, it’s quite the intense bit of exercise by the end. Watching someone have to contort themselves in order to break a game brings a fascinating new visual element to the art of speedrunning, so it’ll be exciting to see how other VR runs develop from this.

You can watch a snippet of what Buffet Time put themselves through here:

You watch the run in all its glory here:

This record is considerably lower from what was set back when the game launched. Away from speedrunning, Half-Life: Alyx’s modding scene continues to produce some stellar work. One group’s remaking FPS game GoldenEye level-by-level, another, particularly masochistic creator is working on P.T. If any of this has you considering making the jump to VR, we have the best VR headsets. Don’t forget to keep an eye on our Half-Life 3 hub, for more news on Valve’s reawakened action-adventure game series.