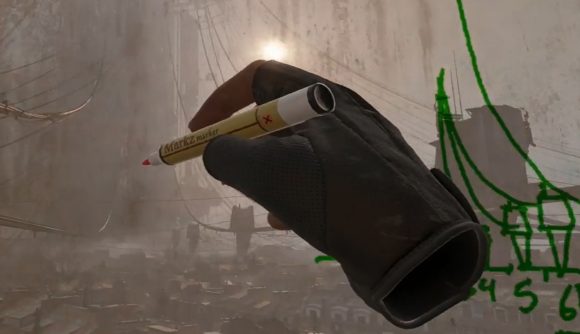 In one of the opening rooms of Alyx, there’s a window overlooking City 17, and a bunch of smart, sciencey stuff about the city’s layout is drawn on the glass with dry erase markers. A number of multicoloured markers sit on a nearby table, practically begging you to engage in a little virtual reality graffiti.

Literally. Hundreds of thousands. This clip of Quin69 screaming “this is the future” while drawing a cartoon penis has been viewed nearly 300,000 times.

Truly, VR games have arrived. Though, in fairness, I’m pretty sure this isn’t the first VR game to feature penises…