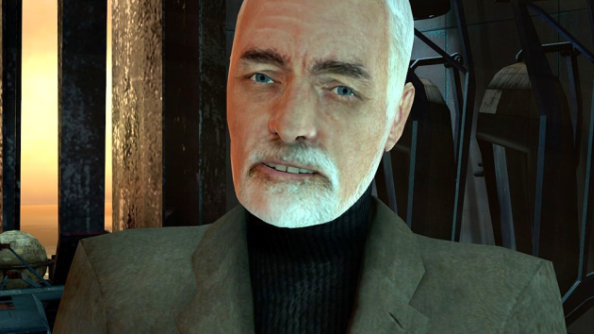 The Half-Life series may have lost lead writer Marc Laidlaw to retirement, but others in Hollywood are busy scribbling possible screen interpretations of the Black Mesa story. JJ Abrams-produced films based on both Half-Life and Portal are currently “in development”.

Prefer your sci-fi stories shot in first-person? Here are the best FPS games on PC.

The existence of both films was first publicly posited at DICE 2013, where Abrams and Gabe Newell shared a stage and expressed a desire to collaborate in cinema and games. Asked for news on the projects this weekend, the Force Awakens director confirmed that the two films are “in development”.

“We’ve got writers,” he told IGN. “And we’re working on both those stories. But nothing that would be an exciting update.”

Abrams is on the promotional trail for 10 Cloverfield Lane, whose director Dan Trachtenberg made his name with Portal fan film No Escape. Trachtenberg hasn’t been linked to the full-length Portal movie, however.

Who do you think ought to be? Hopefully the avant garde master behind this Portal 2 glitchfest is in with a shot.