The FPS genre blossomed into life like a bloodstained violet in the faint heat of spring when id Software released Wolfenstein 3D. At the time, the genre was mostly about picking up guns, mowing down bad guys, and getting the best score possible. 1998’s Half-Life embodied a lot of that, but it was also one of the first FPS games to bring puzzle-solving and narrative to the mix.

It boasts a (sort of) seamless world, wide-ranging interactivity, and manages to tell a captivating story in the process. Floating armour icons are replaced with HEV Suits and charge stations, grounding them in the world of Black Mesa. There are no cutscenes or dialogue screens, so you’re always experiencing the story from Gordon Freeman’s perspective. It was genuinely revolutionary.

Valve did it again in 2004 with the sequel, which integrated realistic physics simulations into combat and platforming. Just a brief 16 years later and Valve did it again, revolutionising VR via Half-Life: Alyx. However, that nearly two-decade-long hiatus left a void that modders have worked tirelessly to fill. Their works keep momentum going for the series, and are worth diving into while we wait for the Half-Life 3 release date to never materialise.

From continuing the story of the original Half-Life to retelling the Black Mesa Incident from entirely new perspectives, here are four essential Half-Life single-player mods. 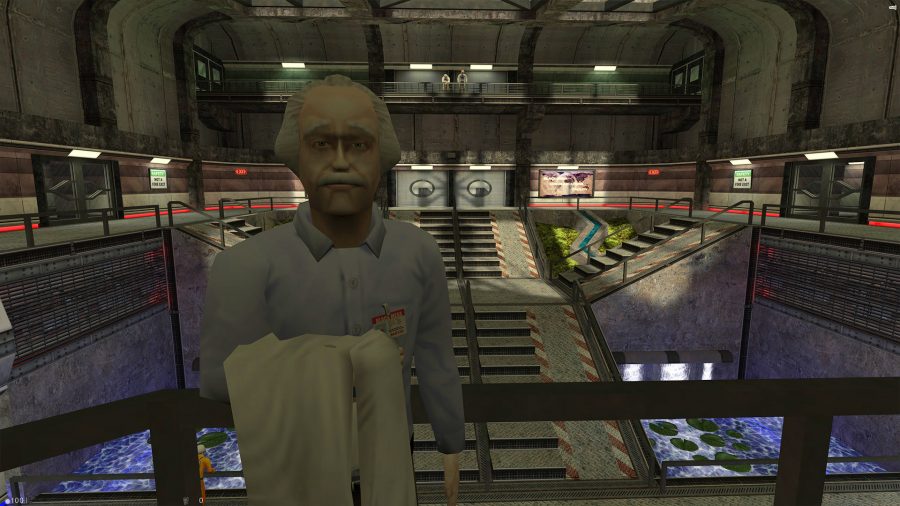 Echoes feels like an official Half-Life expansion. It’s as if Valve contracted another set of developers to craft one more take on the Black Mesa Incident, but it’s all from one developer. Echoes started off as an experiment with modding tools, but when someone spotted developer James Coburn working on the mod on a train and complimented it, James decided to upload his work to ModDB.

This mod offers yet another perspective on the Black Mesa Incident, but ties in plot elements from Half-Life 2 and even Marc Laidlaw’s supposed script for Episode 3. Echoes also learns from Half-Life 2’s level design, gunplay, and enemy placements to create an expansion that feels like the perfect interim romp. Meanwhile, the story is told through repurposed dialogue, stringing together new conversations that flow surprisingly well. What’s more, we finally get to see Barney Calhoun – or at least one of his many clones – in an HEV suit, and there’s a wealth of new zombie types to bludgeon to death with your trusty crowbar.

Echoes retains everything that makes Half-Life special and fleshes out Black Mesa in a way that feels authentic, despite Echoes releasing two decades later.

You can grab Half-Life: Echoes here. 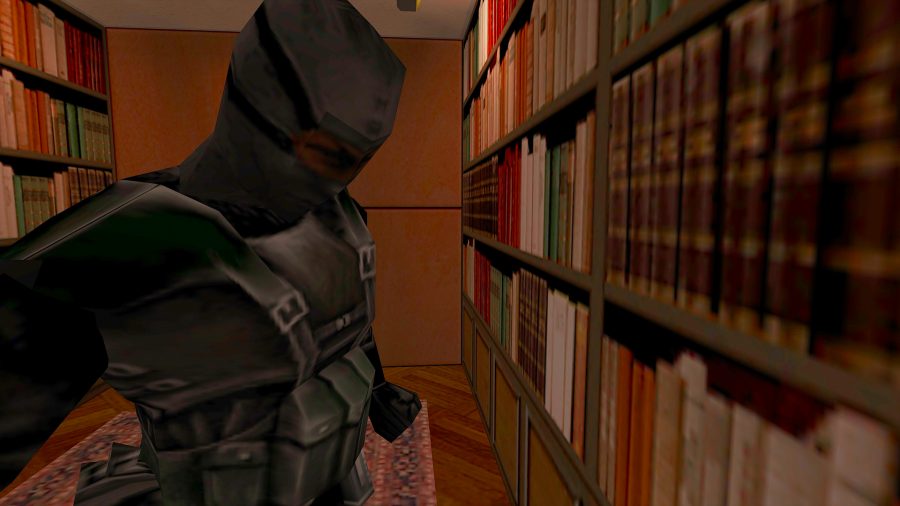 The original Half-Life put us in the lab coat of Gordon Freeman, an ordinary scientist (provided you ignore his extensive firearms training) who’s late to work, blissfully unaware of the horrific events ahead of him. An alien invasion, a crumbling facility, the muck and grime of barnacle tongues and bullsquid acid, and the military gunning for him while an alien foetus teleports armadas of mind-controlled drones to stop him – there are bad days and then there are legendary bad days.

In the expansions, we get to see things from both the military’s perspective and the security team’s, but never how the Black Mesa Incident plays out from the perspective of the Black Ops clean-up crew who are sent in to destroy any evidence of the event. While the army is busy killing witnesses, the covert Black Ops soldiers move deep into the facility to arm a nuke as a guarantee.

In this mod, you play as the agent who arms that very bomb. What unfolds is a pretty cheesy, combat-oriented expansion that manages to slip seamlessly into the Half-Life canon. Most of the mod takes place outside of Black Mesa, as you’re tasked with hunting down and assassinating a former member of the science team who’s carrying the nuke. This mission takes you through abandoned nightclubs and warehouses, occasionally dumping you into dingy back alleys and basements for a bit of variety.

New weapons with heinously satisfying sound effects bring a little more punch to combat, but you’re still fighting against military grunts, Vortigaunts, and zombies (who are still mysteriously wearing lab coats outside of Black Mesa). It’s an interesting take on the Black Mesa Incident, delivered as a set piece-laden blockbuster – what’s not to love? 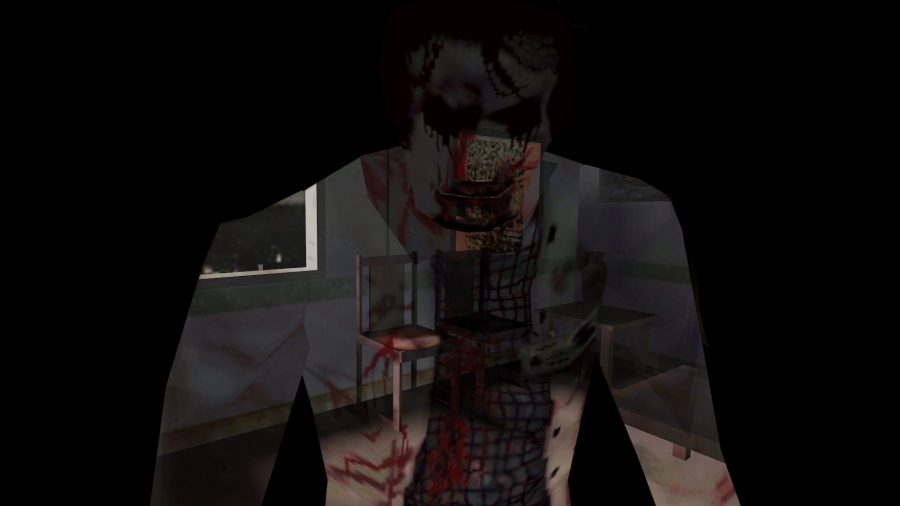 While mods like Black Ops and Echoes expand on Half-Life’s world, Afraid of Monsters messes around with Half-Life’s gameplay. It’s slower and more methodical like a survival horror game, and you can expect plenty of backtracking, puzzle-solving, exploration, and jump scares. It expands on those parts of Half-Life that were about more than just speeding through corridors, gunning down goons and headcrab-hatted scientists.

The plot’s not up to much – you play as a drug addict, venturing into a hospital to check in for rehabilitation, but things go awry and you awaken to find the hospital infested with undead horrors lurking around every corner.

This mod brings the oppressive atmosphere of Silent Hill, spliced with Valve’s gunplay. While you won’t find much to connect Afraid of Monsters to the story of Half-Life, there are plenty of twists that we won’t spoil for you. It’s a terrifying couple of hours from start to finish, so only play it at night with the curtains drawn and the lights off if you’re feeling brave.

You can grab Afraid of Monsters here. 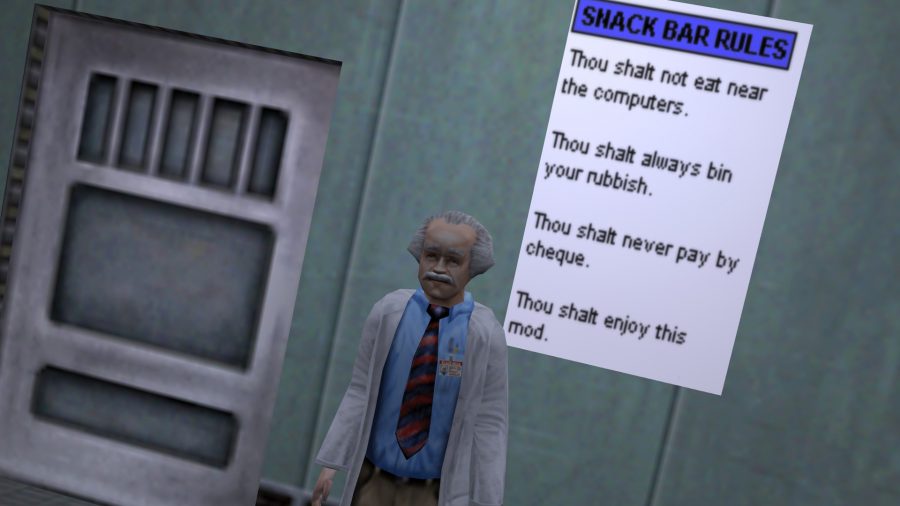 Half-Life gives a pretty good glimpse of how scientists experience the Black Mesa Incident, and we even get to see the security team’s perspective in Blue Shift, but what about the lowly office workers with zero clearance and no guns?

That’s where Life’s End comes in: the storage room of the theoretical mathematics department breaks apart as interdimensional energy ravages the facility, revealing a heavenly orange HEV Suit and some scattered weaponry. Thus begins your escape from Black Mesa.

Life’s End isn’t a drastic departure from Half-Life’s core gameplay, and for the most part you’re battling through very similar surroundings to those of Gordon Freeman, but there are some standout sequences such as a hallucinatory jaunt to space and a boxing match against a zombie.

It’s a more light-hearted take on Half-Life that embraces the series’ action chops more than its horror. With a runtime of roughly four hours, it’s also one of the longer Half-Life single-player mods out there, making it well worth the time it takes to install and get it running smoothly.

Fresh out of the pearly gates of Newcastle University's student newspaper, James Troughton has found himself reporting for TheGamer, with freelance bylines in AllSourceGaming, Switchaboo, IntoTheSpine, GaymingMag, and CBR. He's a big Ratchet & Clank fan, but while he's writing here it's Half-Life all the way.