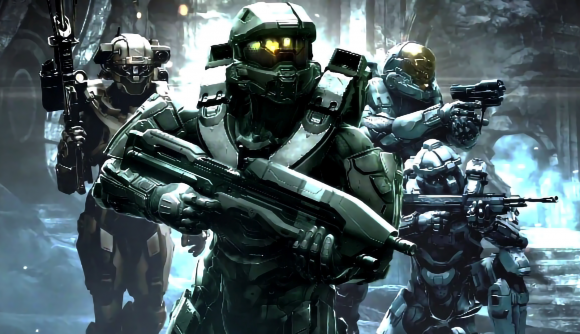 The new cover for Halo 5: Guardians may allude to a coming PC release – some fans are speculating. The cover, found at Amazon, has changed wording on the banner that used to read ‘Only on Xbox One’ to now say ‘Xbox One Console Exclusive’. This same wording was used in Xbox One games that were later released to PC, such as Quantum Break in 2016.

PC players could well be defending the galaxy in the first formal Halo PC release in 11 years, if the rumours are to be believed. Halo 5: Guardians sees new protagonist Locke take control of a MJOLNIR suit and fight against the new threat of rampant AI. The potential news comes just months after the next game in the series, Halo: Infinite, was announced at this year’s E3.

While only speculation, a Halo 5 move to PC could generate a migration of players back to the well-loved FPS series. With the growth of the Xbox games for Windows 10 movement, it’s hardly surprising that Microsoft may be encouraging PC players to get involved with the games and communities previously bound to Xbox. Cross-platform play is path well-trodden by the company, which comes as a relief to many players on either side of the console/PC division who have previously been told the idea is unfeasible by other companies.