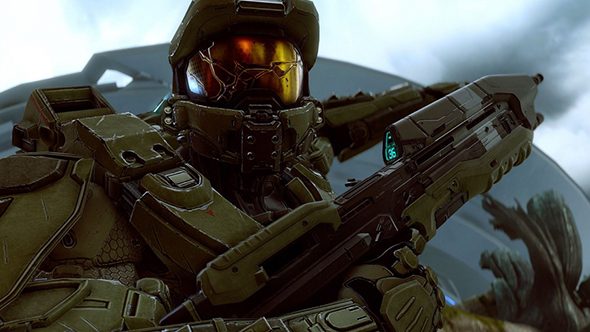 Once again, rumours have swirled about Halo 5 PC release thanks to an unusual bit of official branding, and once again, Microsoft has confirmed that you’re not getting Master Chief’s most recent adventure on home computers. Sorry folks, you’ll have to wait until Halo Infinite to get your PC fix.

The latest rumours came about thanks to a minor box art change on the console version, which changed from “Xbox One Exclusive” to “Xbox One Console Exclusive.” Videogame branding semantics being the mess that they are, “console exclusive” tends to imply that a game will be on only one console platform, but may still head to PC. Given Microsoft’s recent investment in cross-platform gaming, it makes sense for Halo 5 to make the jump.

But a Microsoft representative tells CNET our hopes have been in vain. “As we’ve shared previously, we do not have plans to launch Halo 5: Guardians on Windows 10 PC.”

This all mirrors something similar that happened around E3 this year, when Windows 10 branding showed up on the game’s official store page following the Microsoft press conference. The impromptu “announcement” seemed to fit in with Microsoft’s current Play Anywhere strategy, but it was premature.  (Here’s a mirror of the image, just so you can prove to your friends it was there.)

At the time, 343 Industries’ Frank O’Connor said on ResetEra that “it’s not impossible H5 could come to PC one day but it’s not being worked on at this time. Black and white, no semantic trickery.”

Halo 5: Forge came to PC two years ago, but that was just a small portion of the full game. The next proper Master Chief adventure was announced at E3, and Halo Infinite will be coming to PC on the same day as its console counterparts, a first for the series.