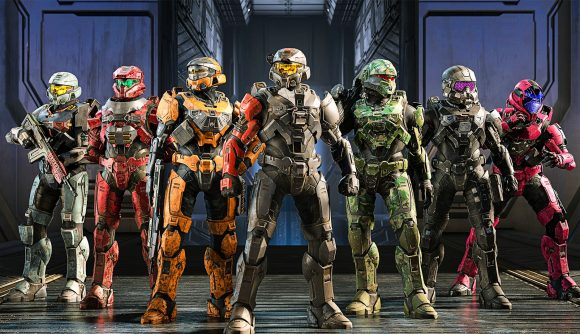 If you felt that Halo Infinite’s mouse and keyboard performance was a tad iffy during the recent beta, then chances are you’re not alone. The FPS game’s community manager has confirmed on Twitter that there are some known issues in the tech preview build, though most of them have already been fixed for the game version that is launching.

The topic of the game’s PC performance was initially raised by esports host and caster Alex ‘Goldenboy’ Mendez, who shared some feedback in a video on Twitter (below), explaining that something just didn’t feel right with mouse and keyboard. “There were moments where I would shoot at someone, or I would attempt to no-scope somebody with a sniper, and I would see that even though my aim was right on the player, the bullet just disappeared completely or went in a completely different direction,” he says.

That prompted a reply from 343 Industries community manager John Junyszek, who explains that a range of improvements have already been made to ensure PC players have a “first-class experience at launch”.

“I spoke with the PC team, and they confirmed that the improvements to performance, hitching, latency, aiming, and more that we’ve already made internally will give you, and all PC players, a first-class experience at launch,” Junyszek says.

“There are known issues in the tech preview build, but the good news is that most of them have already been addressed internally and are guaranteed for launch. Rest assured, though, we’ll continue to improve and optimize the experience in every area they can before launch.”

I love Halo and I only want to see it succeed for EVERYONE regardless of how you decide to play.

It was too long to tweet so I made a video to share my thoughts because I'm not loco and I know there's something fishy with KBM controls.

Anyhoo I hope you enjoy the video 👍🏽 😊 pic.twitter.com/ONpHZMXE09

If you still fancy giving the game a whirl before the Halo Infinite release date, the good news is that you’re getting another chance this weekend. 343 Industries is broadening the scope of this weekend’s preview flight to include non-Halo Insiders on Xbox and Steam.