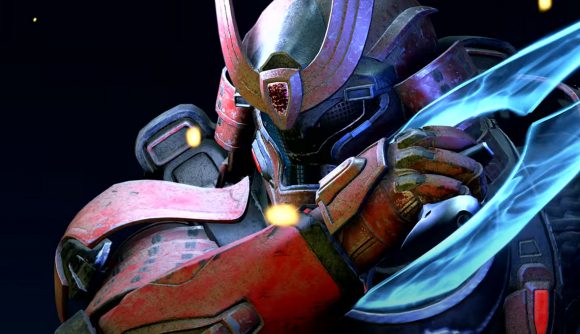 August 02, 2021 This story has been edited to clarify that Arena Slayer is no longer playable.

The first Halo Infinite beta kicked off last week and is due to wrap up today, August 2. While the majority of the test flight has focused on besting the upcoming PC game’s bots, some players got the chance to go against other testers in Arena Slayer for a brief spell of time.

Word got out that the mode was available to try out from the game’s official Twitter account at the end of the weekend, though it only stuck around for a few hours, so there’s a good chance you might have missed it entirely depending on your time zone. The way it worked was similar to bot slayer, with two teams of four going against each other to rack up the kills to win the game.

Community director Brian Jarrard told players to expect “some known issues that are likely to impact your experience”. For example, there was a chance you might start a game without a full team, though that typically balanced itself out as the contest rumbled on.

We played the game’s bot slayer mode and came away quite impressed. We reckon Halo Infinite’s multiplayer is shaping up to be a great re-entry point for lapsed fans.

Face off against fellow Halo Insiders right now for a limited time – Arena Slayer has been enabled in the #HaloInfinite tech preview!

Reminder: Matches in this playlist may start without a full roster, but players will be added in as soon as possible to ensure a 4v4 experience. pic.twitter.com/T4se1AfRpW

There will be further betas before Halo Infinite’s release, which is currently down for a vague Holiday 2021 – although thanks to Xbox and Krispy Kreme we can potentially narrow that down to November. Here’s to hoping we’ll be able to try out Arena Slayer for ourselves, soon.