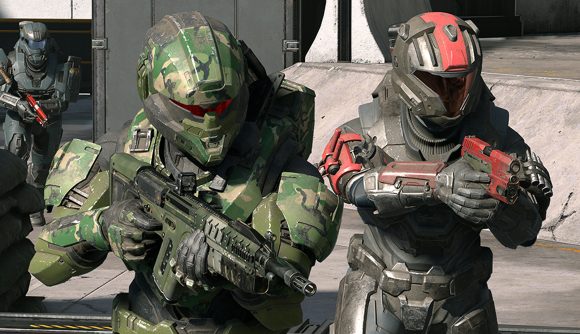 Since launch, players have been struggling to play the Halo Infinite Big Team Battle mode – the 24-player bigger-map craziness – due to matchmaking problems. In a new update, the team says it believes it may have sorted the problem – but “the earliest” the BTB fix will drop isn’t until Thursday.

The Big Team Battle mode has frustrated Halo Infinite players since the multiplayer side surprise-launched in November with general matchmaking issues and instability problems which frequently boot players back to the lobby. Developer 343 Industries promised to fix the problems but the planned hotfix earlier this month didn’t really fix anything.

The good news is that senior community manager John Junyszek has promised a new patch that “should address the core issue impacting the BTB playlist”, and apparently the team has run a “successful playtest” to confirm it. 343 plans to submit the BTB update on Monday, January 31, but with all the certification it has to go through at Microsoft it might take a little while for it to be applied to Halo Infinite itself.

Junyszek estimates the new Halo Infinite BTB update will drop around Thursday, February 3 – although they admit that’s “the earliest we’d expect this hotfix to land” so it may arrive a little later than that. Whether it’ll actually work this time is another matter, so fans should cross their fingers that it will.

Of course, this isn’t the only change that’s coming to Halo Infinite in the coming weeks. 343 has already begun rolling out new prices on the storefront, and Season 2 will apparently allow players to earn credits too. There’s also Forge mode, but who knows when that’s coming out.