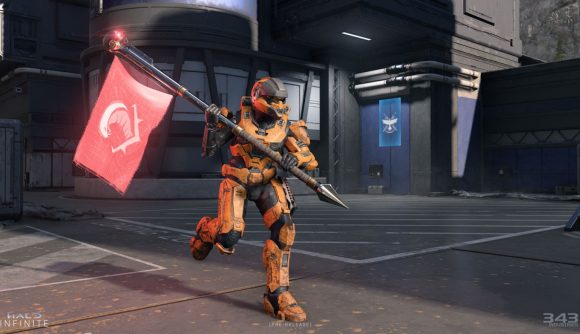 There’s been some discussion over the past weeks about Halo Infinite’s progression system, with players who joined in the technical flights expressing some concern over the decision to tie all of the FPS game’s experience gain to a multiplayer challenge system. Now, developer 343 Industries has laid out how the progression system works, revealing some key new details about how you’ll track progress and earn rewards over time.

As 343 explained earlier in the month, the weekly challenge system that will appear in the live game once the Halo Infinite release date arrives is significantly deeper than the version that appeared in the technical preview beta. Each season will offer up a new battle pass, with both free and premium tiers to unlock. Earning XP will move you up through these tiers, and each tier – whether it’s tier two or tier 48, will require the same amount of XP to unlock.

You’ll earn that XP by completing daily and weekly challenges. Every week, each player will get a random selection of 20 weekly challenges which range from ‘easier’ to ‘harder’ and payout experience in amounts that scale with their difficulty. 343 says that because the weekly challenges every player draws are random, you won’t run into situations where everyone in one match is trying to complete the same specific challenge, such as “get X kills with the S7 sniper rifle” for example.

While the selection of challenges each player gets is randomised, the total amount of obtainable XP will remain constant for everyone, 343 says. You’ll be able to have three challenges active at any given time, unless you purchase the battle pass, which grants an extra slot.

Once you’ve finished all 20 weekly challenges, you’ll be able to take on a special ‘Ultimate Challenge’ for the week, and that will be the same for all players in each weekly rotation. These will grant a special reward upon completion, which 343 says will be a special weapon coating, emblem, or similar cosmetic.

Daily challenges refresh each day, and are “strictly engagement-focused,” 343 explains. Like weeklies, these will range in difficulty across three tiers, with each day starting off with a large selection of easier challenges that are gradually replaced by more demanding challenges as players progress. 343 says it anticipates that “on average, it should take a player 16 to 18 hours of playing, and eventually winning, before they run out of Daily Challenges.”

343 says it’s heard player feedback on the preview sessions, and says it’s confident most of the concerns raised have been addressed.

In our latest edition of Inside Infinite we're preparing for takeoff. This time around we spend a bit more time with the Multiplayer Team talking about the upcoming #HaloInfinite multiplayer tech preview – covering BTB, Challenges, and more.

“In the July Tech Preview it’s worth noting we had some specific issues which led to some players getting stuck with no way to progress, but that has since been resolved,” 343 writes in the latest blog post. “While we understand the community’s feedback around wanting a steady drip of match XP and more ways to earn XP for the Battle Pass, we are optimistic that the system available at launch will give players adequate means of continually having something to accomplish and a means to progress.”

Another issue the team addresses in the latest post is XP boosts – specifically, how long they last and when exactly that timer will be counting down. As it stands, a 30-minute timer begins counting down as soon as a boost is activated, regardless of what you’re doing in Halo Infinite. But 343 says it’s looking into ways “to make this tied more closely to actual gameplay time” in the future.

The second Halo Infinite tech preview will run September 23 – 26 and September 30 – October 4, and it’s focused on testing out full-on multiplayer. The first weekend will centre on 4v4 Arena mode, while the second weekend will be looking at the 12v12 Big Team Battle mode.