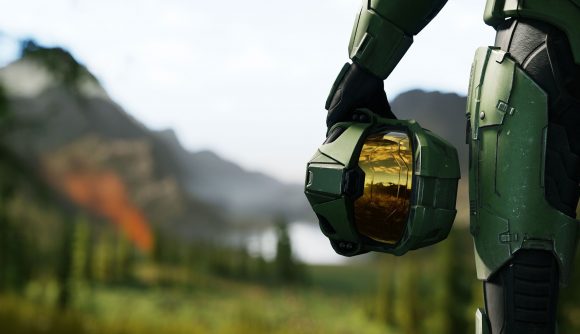 Microsoft has finally unveiled gameplay of its highly anticipated FPS game Halo Infinite. At the company’s Xbox Games Showcase we got to see nearly ten minutes of new footage, which you can watch below.

The new footage is our first proper look at the upcoming FPS game since its announcement back at E3 2018. Notably, Infinite sees Master Chief, the series’ primary protagonist, take centre stage once again after being somewhat sidelined during the previous game, Halo 5: Guardians.

The gameplay clip included a glimpse of a beautiful new map, as well as Master Chief’s new grappling hook, which opens up new traversal opportunities. Some familiar enemies are included in the footage, which shows off much-improved visuals over Halo 5.

You can watch the clip below.

Microsoft’s Xbox Games Showcase brought us fresh looks at a bunch of upcoming PC games that are also on the way to the new Xbox console, Series X. The console, and Halo Infinite, are set to launch during “Holiday 2020”.