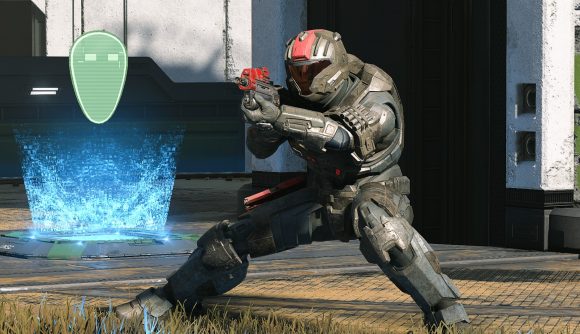 With the Halo Infinite release date coming up fast, players are itching to get their hands on portions of the game early through its pre-launch betas – or flights, as they’re called in the world of Halo. With Halo Infinite’s multiplayer being a big focus at this year’s E3, fans have been asking when they’ll get to test this out before the big day rolls around, but it looks like there aren’t fixed plans for a multiplayer flight just yet.

“Halo Infinite multiplayer technical preview details will be made known ahead of time. It will not be a surprise,” confirms community manager at developer 343 Industries John Junyszek on Twitter, reminding players that they’ll have to be signed up to the FPS game’s Insider Program to be eligible when the time comes.

However, it looks like the dev team doesn’t have a date just yet. “We’re constantly evaluating the flighting build, just like we do with MCC [Master Chief Collection] flights, and the exact timing is dictated by development realities,” Junyszek adds. “That said, once we have a firm date locked in, we’ll let you know.”

Responses are positive overall, with players excited at the studio’s update – and the prospect of jumping into multiplayer early, of course – though some are a little jumpy about the size of the development window that might follow the flighting to make any changes from feedback should the testing not launch for a while yet. However, with Infinite’s multiplayer flight and release dates not set in stone just yet, there’s no reason to worry on this point right now.

For now, if you’re keen to be eligible for an invite, be sure to have signed up to the Halo Insider Program via that link. Publisher Xbox Studios confirmed earlier this year that Halo Infinite will feature cross-play and cross-progression across PC and Xbox earlier this year, and there was a new multiplayer overview shown at E3 last month, which you can check out above if you’re keen for a taste ahead of flighting later on.