I've drifted away from Halo over the years. Once upon a time, I'd come home from school and dip into Halo 3's myriad multiplayer and custom map options with friends as part of a set routine. I'd only deviate and actually see someone in person on the weekends – when we'd plough through the campaign in couch co-op.

I checked in here and there to see how the series was going under 343 Industries' care, enjoying what I saw but never feeling inclined to stay. Will Halo Infinite – which you can pre-order here, coincidentally – tempt me to commit this time? With the multiplayer technical test having only just gone live, it's too early to say – but it's off to a good start.

Halo Infinite's multiplayer already feels wonderfully simple. While the beta is a tad limited as you're only playing against bots in Slayer on a new map called Live Fire, that's enough to enjoy the rhythms and the kinetics of it all. You spawn in with your battle rifle, pistol, and grenades, free to dart towards a better weapon or into a gunfight with the other team. After a few games, I find myself repeating a trick: running right from spawn to pick up a cloaking device so as to flank the opposition. It's a fuzzily nostalgic throwback to a tactic I used to employ in previous Halos.

While Halo 5 had movement abilities like Spartan charge, ground pound, and lateral boost, you won’t find them here. Their absence may make Infinite feel less mobile, but it feels more like Halo. And it’s not to say that Infinite feels slow; you can still sprint, slide, and aim down the sights of your gun – aggressive players can still slide out of cover to initiate fights – and it all feels balanced nicely. As much as I enjoy the calculated madness of Destiny 2’s Crucible, there’s something soothing about returning to Halo with your battle rifle in hand, unburdened by the fear of being pulverised by a Super, or a Titan tiger-kneeing you in the dome. Even Bungie, with its recent talk of tilting the Crucible towards gunplay and away from splashy abilities, has recognised that such madness has gone too far. It’s nice to have Halo back to restore the balance. 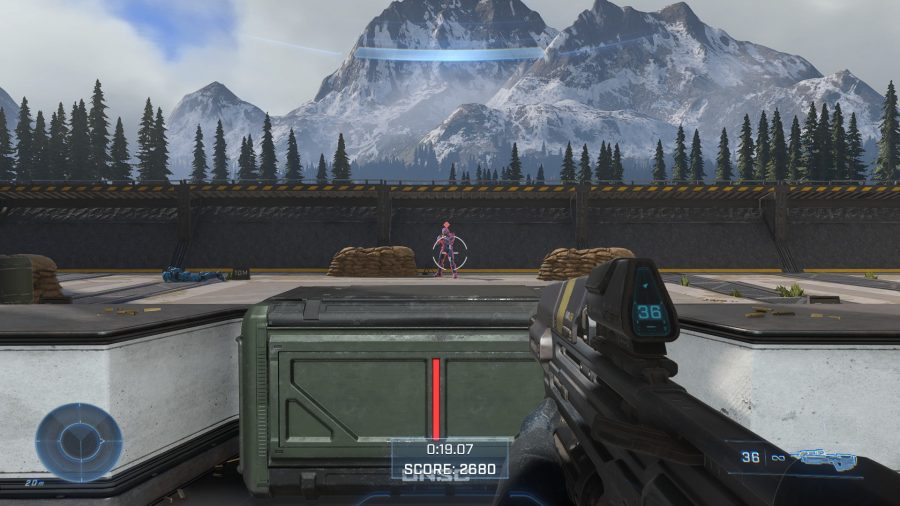 There are plenty of new and familiar weapons, too. Live Fire has a choke point in the middle of the map where a power weapon spawns, drawing the attention of anyone nearby. I got to use the sniper rifle in a few of the games I played, which still feels as powerful as it did in Halo 3 – and equally as coveted by your teammates. You can simply toss away weapons now, too, hopefully providing a more equitable way to settle arguments over the sniper.

As much as I enjoy the madness of Destiny 2's Crucible, it's nice to have Halo back

I was even more taken with the Skewer, a new weapon that works like a projectile sniper rifle, giving you the satisfaction of skewering the other team without scoping in (but it’s not guaranteed to spawn in every game as it also shares the power slot).

A few other changes, though, do take away from the experience. Players are no longer coloured in red or blue, instead getting a bright aura around them to denote their team. It handily enables you to see your teammates through walls, though it does make you a tad obvious to the opposition – sure, they can’t see you through the concrete, but you may struggle to make flanking plays if you’re lit up like a Christmas tree whenever you stray into someone’s sight line. 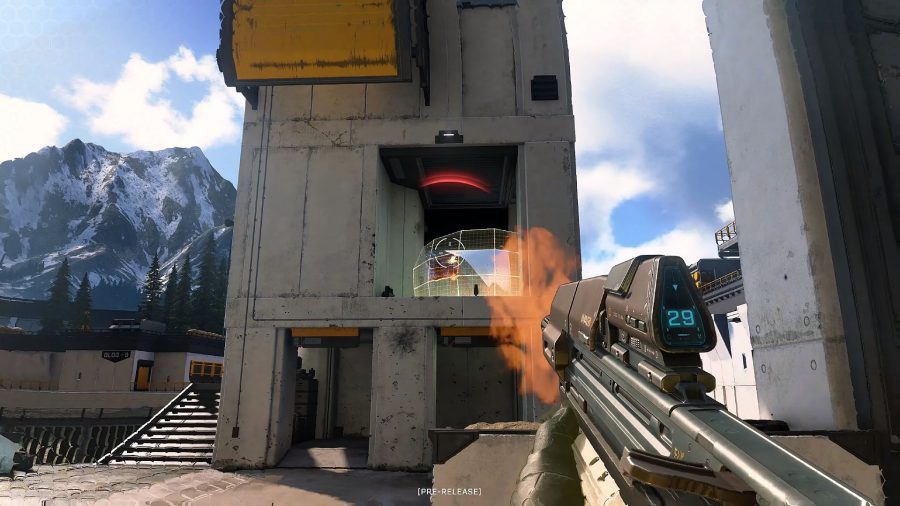 Halo Infinite’s first beta also shows off the upcoming PC game’s academy mode. You can get to grips with any of the game’s weapons with one of three drills: the first has you shooting stationary targets, the second sees them move, and the third is a combination of both. Seeing as I’m a bit rusty, it was nice to jump in and reacquaint myself with familiar weapons in a more controlled environment than in the middle of a game of Slayer. I can see myself returning to the Academy to fine-tune my aim with other weapons that I fancy learning.

It’s too early to tell whether or not Halo Infinite will suck me back as previous games did, but there are plenty of positives so far. Combat has some fine tweaks to freshen up the experience while keeping the flow of each match feeling simple and gun-skill being the key determinant of success, as it should be. There’s more to come from Infinite yet, but it already feels like a Halo game.

You can pre-order Halo Infinite here or grab Game Pass for PC instead to play it when the release date rolls around.