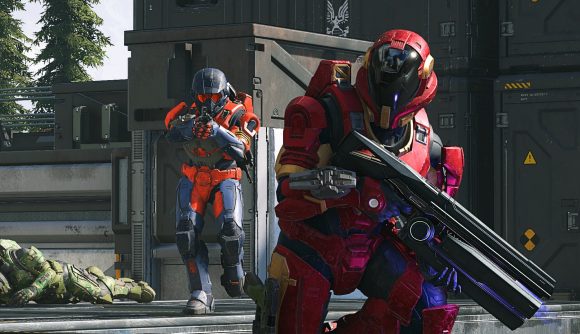 We’ve got our first peep at what Halo Infinite’s multiplayer action will look like in full flow. Developer 343 Industries hosted a livestream to show off what’s coming in this weekend’s technical preview, treating us to a practice match of Slayer that was played between devs on a new map called Live Fire.

If you’re a fan of the older Halo games, plenty will look familiar. You can still sling sticky grenades at unsuspecting foes, and a familiar, gravelly sounding commentator announces any double kill you get. Oh, and active camo is very much still here, so I expect I’ll be tootling around with a shotgun at some point.

Plenty, though, will seem new. Teams are no longer coloured in red or blue, instead having an aura around them to let you know what side they’re on. You’ve also got heaps of returning mechanics from other 343 Halo games like sliding, sprinting, mantling, and zooming on standard guns. Things like spartan charge, ground pound, and lateral boost seem to be gone, though, which may tune down the movement a tad.

You can find the stream below, though the match doesn’t start until 1:19:10: 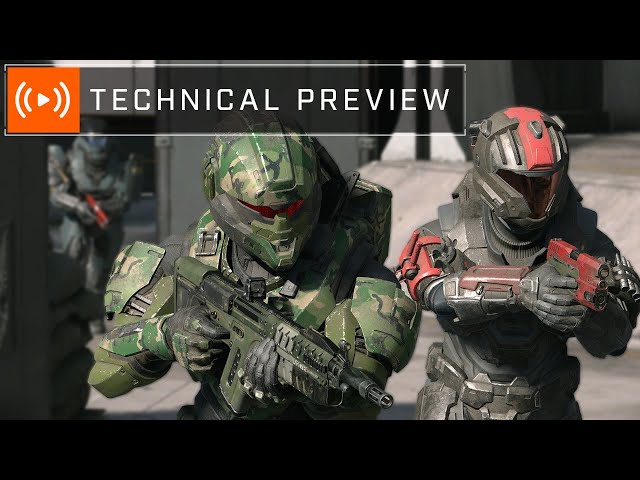 Halo Infinite’s first beta is touching down today (July 29) and hangs around until August 1. You’re getting a Slayer playlist with bot matches on Bazaar, Recharge, and Live Fire alongside an Academy training mode to help improve your aim. I think I may be spending a decent amount of time in the latter. You’re also getting access to a limited selection of battle pass content and unlockable cosmetics to help you look your best. It won’t carry over to the main game, but don’t worry about that.

The Halo Infinite release date isn’t set to land for a wee while yet, though you can check out our list of the best FPS games on PC if you’re looking for something to keep you busy.