I’m very new to the Halo series, but I already adore its approach to weapon balancing. From what I can tell it goes something like this: you start with a pretty good gun, there are a limited number of really powerful guns you can pick up around the map, and if you don’t fancy any of those options then there’s an even better weapon strapped to your hip.

The MK50 Sidekick, Halo Infinite’s default sidearm, is a godless killing machine. After some rudimentary testing it appears to kill faster than the standard MA40 assault rifle, but it can also be used at longer ranges thanks to its high accuracy and nearly non-existent recoil. When playing on PC with the benefit of a mouse and keyboard, it feels like a semi-auto sniper. You won’t be able to beat one-shot weapons like the M41 SPNKR rocket launcher or S7 Sniper Rifle in a duel, but it’s competitive against pretty much every other gun in the game.

Too many multiplayer games treat the default pistol like a finisher weapon, something to whip out when the enemy is but a tickle away from the pearly gates, but 343 Industries has put the Sidekick on a level playing field with the rest of Halo Infinite’s arsenal.

It’s great balancing. Every gun in the game has something to offer in its respective niche – and there are plenty of flavour picks in the mix, too, like the Needler and Cindershot – but you always spawn with a backup that’s more than capable of competing in every situation.

It’s also beautifully simple, which is emblematic of Halo Infinite’s place among multiplayer FPS games in general. To have much hope of winning a multiplayer match in Call of Duty: Vanguard, you need to grind for dozens of hours so that you have the best gun, the best perks, and all the right attachments to boot. And there are ten attachment slots on some guns. Ten. 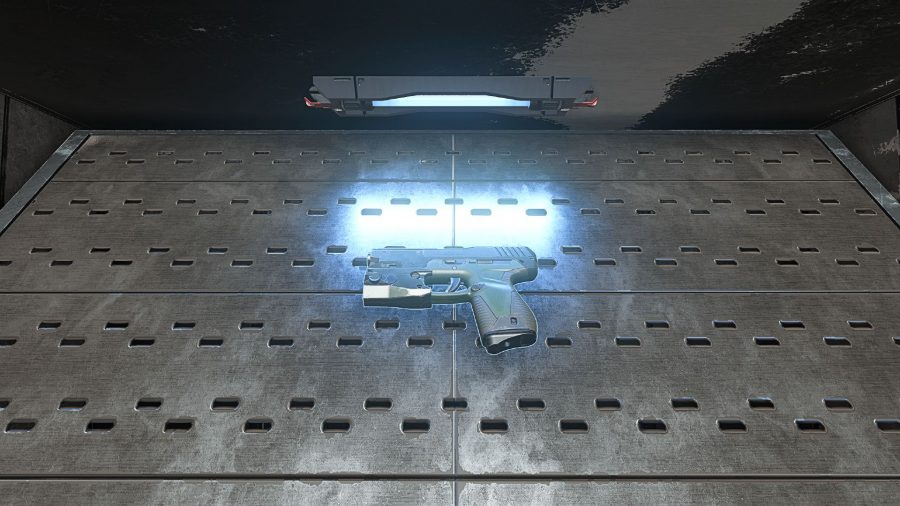 This doesn’t just take time; it requires you to use the specific weapon you’re grinding attachments for. So if you want the very best Volk loadout, you’d better be prepared to use its less efficient incarnations for 20-odd hours beforehand. Halo Infinite definitely has its issues when it comes to sluggish progression systems – after ten hours I’ve barely reached tier two on the battle pass – but at least all the best guns and vehicles are available from the get-go.

I’m reliably informed by long-time fans of the series that the pistol has always been great in Halo multiplayer, but it’s sparked a real jolt of nostalgia in me for multiplayer shooters of yore. Infinite’s ‘the best gun is the one you’re holding’ balancing philosophy feels like a breath of fresh air after years of grindy progression systems, and it’s a relief that I don’t need to start trawling through tier lists or YouTube thumbnails emblazoned with ‘OP’ and ‘so BROKEN’ to figure out why I’m losing gunfights. If I’m eliminated now, with the best gun on my hip, I’ll know it’s just because I suck.