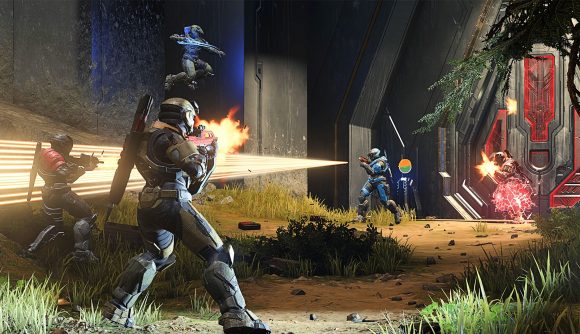 343 Industries’ latest Halo game has enjoyed a fine start to life since launching late last year. During a recent conference call, Microsoft confirmed that more than 20 million have played Halo Infinite, to date. 343 Industries then reaffirmed on Twitter that, yes, the accomplishment makes it the biggest launch in the series’ history, in case you had any doubt.

Naturally, Halo Infinite has plenty that goes in its favour. The first-person shooter is available on Game Pass and the game’s multiplayer offering is free-to-play. Regardless, though, 20 million Spartans makes for no wee social gathering. Looking at SteamDB, the shooter is still hitting the highs of 30,000 concurrent players a day. To think, the campaign’s co-op version and Forge aren’t out yet, either.

There have been a few teething issues since launch – the progression system is being tweaked in response to fan feedback, and the team is still trying to fix Big Team Battle. 343 Industries is also “rolling out changes” to prices in the in-game store.

Microsoft reported success elsewhere in its recent conference call, too. More than 18 million people have played Forza Horizon 5, which is pretty darn good.

With over 20 million Spartans joining us so far, we’re thrilled to announce that #HaloInfinite is the biggest launch in Halo franchise history!

Thank you, everyone, for joining us on the next step in this great journey. pic.twitter.com/d4EIsvWYVr

If you’re looking to keep up with the Halo Infinite weekly challenge and reward, you can follow that link.