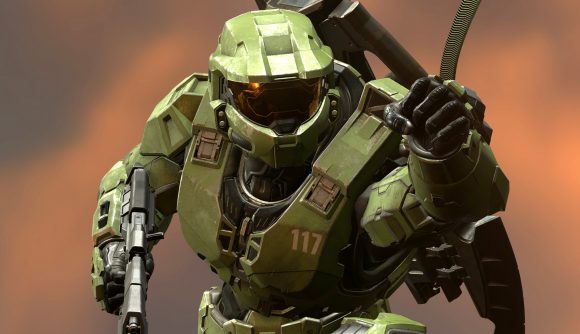 While there’s still a little while to go before it kicks off, Halo Infinite Season 2 will apparently allow players to earn in-store Credits to spend as part of the Battle Pass – much like other major online multiplayer games with ongoing seasons, such as Fortnite.

When Halo developer 343 Industries unveiled all the various rewards for the Season 1 Battle Pass for Halo Infinite, players were a little disappointed with what was on offer – including with the absence of any earnable Credits. 343 has been busy implementing changes to the Battle Pass, such as pushing towards progression-based XP – and more are coming soon, it seems.

While Halo Infinite’s Season 2 won’t arrive until May – along with possibly the much-missed campaign co-op – head of design Jerry Hook has taken to Twitter to report that “thanks to your continued feedback, we are happy to confirm Credits will be earnable in Season 2’s Battle Pass.” So, anyone who gets the next Battle Pass will be able to earn Halo Credits “as part of your Halo Infinite progression” to spend in the game’s store.

While Hook could not elaborate on this further, it will likely be as a small amount of Credits as an unlockable reward in the Battle Pass instead of a cosmetic. Over the last week, 343’s head of design announced changes to store pricing and a further fix to Big Team Battle – as the last one didn’t work.

Thanks to your continued feedback, we are happy to confirm Credits will be earnable in Season 2's Battle Pass. That means you will be able to earn Credits as part of your Halo Infinite progression. We’ll have more to share on this as we get closer to Season 2.

Hook also confirms that this will be a permanent change going forward, so all Seasons from two onwards will have Credits as a Battle Pass reward.

This is a change to the model moving forward. So all battle passes from S2 on.

Halo Infinite’s Cyber Showdown event has kicked off in the free-to-play multiplayer, so check that out before considering splashing out on any battle passes.