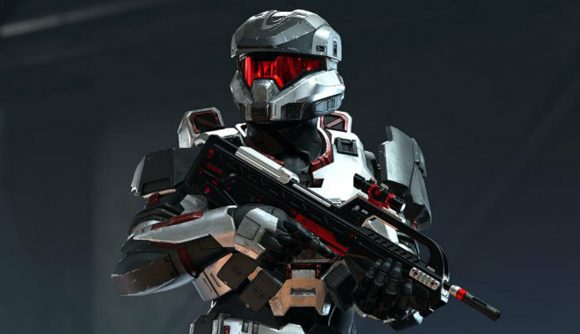 After a lot of feedback and criticism – some constructive, some not – Halo Infinite multiplayer will be adding dedicated Slayer playlists this week. The first Halo Infinite Slayer playlist will be available as soon as this Tuesday, December 14, and will include four variants – with more to come “in a future update”.

Halo Infinite’s multiplayer side surprise-launched in beta back in November to general acclaim, but there’s been growing criticism about several features – or the lack of them, in the case of dedicated Slayer-focused playlists. Earlier this month, 343 Industries community staff confirmed that Slayer playlists were indeed being worked on and were being pushed to arrive “before the end of the year”.

In a new update this weekend, community director Ske7ch confirmed that four new playlists – Slayer, Fiesta, Free-For-All, and Tactical Slayer (SWAT) – would all be added via a game update this coming Tuesday, December 14. The first Slayer playlist will be a straightforward one as more advanced options won’t be “ready in time to deploy before the holiday break”.

Instead, to “address player feedback” the Halo Infinite team has decided to release “a basic Slayer offering to start and will look to bolster and expand with more variants in a future update”. Other than the much-requested playlists, the update will also include adjustments to some of the more “frustrating” challenges and add “a new challenge category that’s based on accumulating player score” – which Ske7ch says is a “small initial step” towards straight performance-based XP earning.

You wanted some playlist updates? We've got some coming next week!!! pic.twitter.com/zYjEme7lMW

Other much-requested Halo Infinite features being worked on include a mission replay option for the Campaign side and the co-op multiplayer option, but both seem to be a lot longer off than Slayer playlists, sadly.