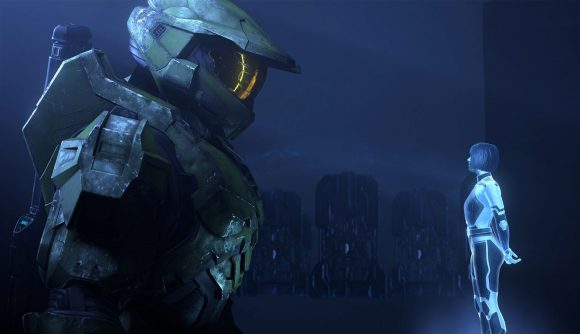 Halo Infinite has finally landed, and the latest entry to the Master Chief saga is the first game in the series to launch on console and gaming PCs simultaneously. While this is largely thanks to Microsoft’s dedication to the PC platform and increased integration of Xbox services, it looks like Steam players could miss out on features like cross-save compatibility.

According to The Verge’s Tom Warren, Halo Infinite’s PC to console cross-save feature only works with the Windows Store version of the game. Naturally, this means if you’re playing Halo Infinite using Steam, you won’t be able to pick up where you left off on an Xbox Series X or S.

We’ve reached out to Microsoft for clarification, so we’ll hopefully know whether to expect Halo Infinite cross-save Steam compatibility, or if it’s is a Windows Store exclusive. If the feature only applies to Microsoft storefront copies of the game, it could tempt some players away from Valve’s popular PC storefront.

That said, fans are also reportedly experiencing bugs with the Microsoft Store version of Halo Infinite, so the convenience of dual-wielding console and PC gameplay might not be worth any potential disruption to your Spartan themed weekend plans.