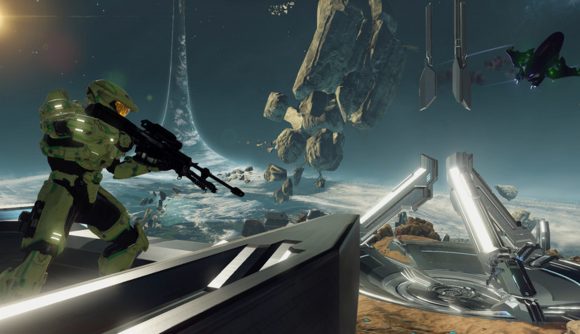 It’s the end of an era, or rather, it will be come December next year. That’s when the online services for the Halo series on the Xbox 360 will be cut off, 343 Industries has announced.

Revealed in an official news post, the developer has given a timeline for when the 360 versions of the FPS games will lose much of their online functionality. As of now, players can no longer buy the space games on the 360 online stores, though all the DLC will remain available. Between now and the end of 2021, there will be continued reminders, before December 2021, on a date no sooner than December 18, when the Halo games will become almost purely single-player on the Xbox 360.

Impacted games include Halo 3, Halo Reach, Halo 4, and Halo: Combat Evolved Anniversary, and a handy chart tells you exactly what game is losing what. Matchmaking, file sharing, challenges will all be gone, but online squads will remain, and your service record and player customisation in Halo 3 and Halo 3: ODST. Splitscreen and LAN will still be there too, so you can still play with all your mates, you’ll just need to wire up a room full of consoles and TVs, like the good old days.

As for why this is happening, it’s simply a matter of resources within 343. Xbox 360 players represent a smaller and smaller portion of the overall Halo community, and eventually the cost of keeping servers up and fully functional isn’t worth the return. “The month over month usage of these legacy Xbox 360 game services continues to dwindle, creating an even greater imbalance between the time and work required to maintain vs. the net impact to the overall Halo community,” the post reads. “That’s not to say we don’t value and care about everyone who plays Halo – we absolutely do. But, as with any business, our teams must continually weigh needs against available resources.”

So, if you’ve been hanging onto your original copies of Master Chief’s exploits, you should look into migrating over to Halo: The Master Chief Collection before December 2021. Halo Infinite will be out by then, too, so you’ll have the complete Halo experience.