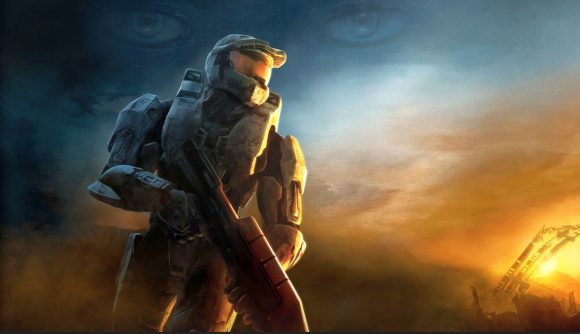 Halo 3 is just hours away from joining Halo: The Master Chief collection. The FPS game’s due to land in all its reworked glory on our home platform later this very day, and now developer 343 Industries has posted the patch notes for us to eyeball ahead of launch. Alongside the bunch of new features and fixes, “(PC) Forge is now available for Halo: Reach, Halo 2: Anniversary, and Halo 3”.

The patch notes – posted on the Halo Waypoint site and included below – announce the Forge game mode is back, and has been “updated with new features, including object physics, rotation, coordinate snap, and precision edit tools”. The feature was originally introduced with Halo 3, and gives players the option to edit, save, and then share multiplayer maps with others for use in custom games.

It’ll be exciting news for fans of the original mode, particularity as there are other improvements, additions, and tweaks detailed in the patch notes for its return. For example, “Halo 3 and Halo: Reach Forge pallets have been expanded with new objects and budget increases”, and Forge tools for those two titles and Halo 2: Anniversary have also now got a new feature, ‘toggle rotation axes’, which adds “toggleable rotation around world and local axes”.

Read on to check out the new Halo 3 patch notes for its imminent arrival in the Halo MCC (via 343 Industries):

Improvements have been across the board from our last update and previous flights. Below are several new game-specific features and resolved issues that come with today’s update and the platform (Xbox Only, PC Only, or All Platforms):

That’s all we’ve got for the new Halo 3 patch notes. Check out the Halo 3 Master Chief Collection PC release times to find out when it unlocks in your time zone, as well as our guide to building Halo: Reach Forge custom maps, and get ready to dive back in very, very soon.