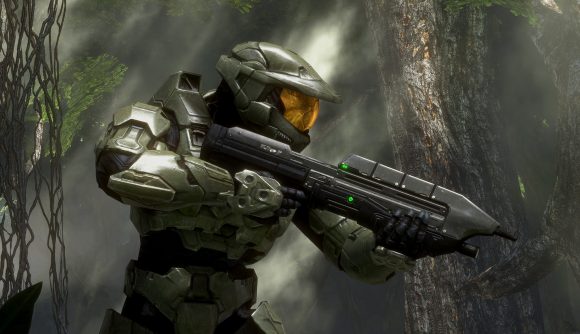 Halo 3 is finally coming to PC as part of Halo: The Master Chief Collection on July 14, and if you need to revisit the classic as soon as humanly possible, 343 Studios has revealed the precise unlock times. The Halo 3 PC release time is set for the morning of July 14, so sadly you won’t be able to do any late-hour gaming the night before.

I’ve been playing the Halo 3 PC port ahead of release, and while we won’t have a full review until we’ve had a chance to play a bit of multiplayer on live servers, we’ve got no embargoes and I can confidently say that on the campaign side it’s darn good.

343 appears to have ironed out the audio issues that have plagued previous MCC releases, and unscientifically comparing this version against the Xbox 360 original, all I’m seeing are improvements across the board. Halo 3 is also still just a joy to play, and even without the Anniversary Edition-style updates that Halo 1 and 2 received, it translates to modern resolutions quite well.

Halo 3 was the first in the series to skip a PC port back in the day, so it’s especially good to see it get the MCC PC treatment here. Halo might be the series that got FPS games truly right on consoles, but we still can’t ignore the power of point-and-click shooting. Here are the Halo 3 Master Chief Collection patch notes if you’re keen to see what’s on the way in just a matter of hours.