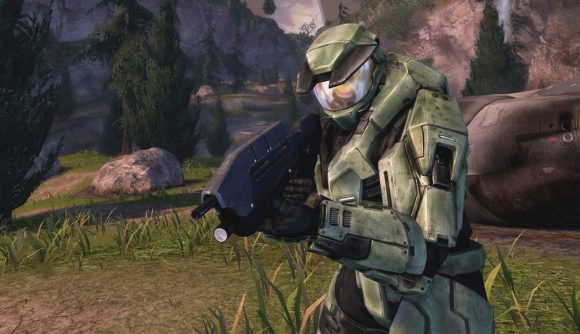 As the release of Halo: Combat Evolved on PC as part of Halo: The Master Chief Collection draws ever closer, the developers behind the collection have revealed that players will have the option to use the classic sounds and audio from Halo multiplayer on the original Xbox.

In the MCC development update for February 2020, 343 Studios outlines some updates and figures from this month’s beta, and among them is the option to select what gameplay audio you hear. The toggle, which is now in beta-testing and will be in the full releases, allows players choose between the original and remastered soundscape for Halo: Combat Evolved’s multiplayer. Previously this only existed for single-player on Xbox.

Commenting on the implementation, Max Szlagor, Master Chief Collection Design Director, says given the choice, players are choosing to go retro over 343’s redesign. “Initial playtest feedback is that players are happy to have the original audio in place, which brings the overall Halo: CE multiplayer another step closer to the way we all remember it on the original Xbox,” He said. “For those who would like to use the Anniversary sounds in MP, a toggle to swap between the classic and anniversary sounds has been included in our February flight and will be available when the title releases.”

The Master Chief Collection began rolling out on PC in December with Halo: Reach, now moving onto the main trilogy. Each game will be available separately, but buying the whole collection gives you each instalment as they come out.

If you’d like to know more about Halo’s sound design, and the challenge of bringing these two soundtracks to this new PC version, the post contains an interview with Paul Lipson, Senior Vice President at Formosa Group, who’re handling the audio post-production on the MCC.

Still no release date for Halo: CE, but watch this space, and why not check out the best FPS games and best space games while you’re here.