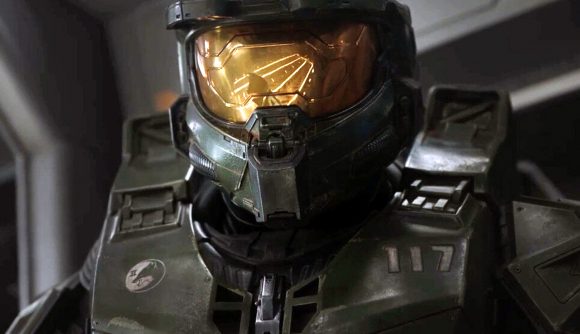 The first full official Halo Paramount series trailer is dropping today, just a month after the release of Halo Infinite, and it’s set to debut around the halftime of the AFC Championship game – but when exactly is that? Here’s the full Halo TV series trailer release time for the Paramount show’s big new reveal.

The AFC Championship game that the trailer will launch with begins at 12:05 PST / 3:05 PM EST / 8:05 PM GMT and the big series reveal is set to drop during the halftime point – therefore, the Halo TV show trailer should have a release time of around 1:15 PM PST / 4:15 PM EST / 9:15 GMT. Halftime is a little difficult to pin down exactly but it will be around this time, give or take a few minutes.

Regardless, for anyone outside the US or who doesn’t want to watch the game, the trailer should be available online fairly immediately on either the Paramount Plus YouTube channel or the official Halo TV series Twitter feed.

The one-minute-long first-look trailer for the Halo Paramount show debuted at the Game Awards last month, but this new one is being marketed as the “official trailer” for the series. There’s already a 20-second teaser for the trailer on Twitter, so expect the full thing to be at least a couple of minutes – and hopefully, it’ll reveal the Halo series release date, too.

Spartans, we’ll see you during halftime at the AFC Championship Game tomorrow on @CBS and @ParamountPlus. #HaloTheSeries pic.twitter.com/1FhcOcdgc1

The Halo series is streaming on Paramount Plus in the US sometime this year, and countries without the service – like the UK – should get the series on another service like Amazon Prime or Netflix instead, most likely. We’ll just have to wait and see.