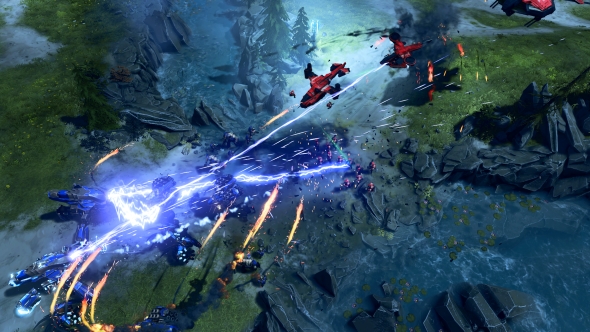 You don’t see the word ‘Halo’ on PCGamesN much, thanks to the series’ historical Xbox exclusivity. And while we still hold out hope for console land’s strongest FPS finding a permanent home on PC, Halo’s franchise director Frank O’Connor believes that the series starting as an Xbox exclusive ushered in an important era of shooter trends.

Conquer you enemies with the PC’s finest strategy games.

But while the Halo series has brought significant progress to the overall shooter sphere, the PC has only indirectly benefited from its influence. The few times we’ve had a Halo game it’s rarely been a rosy picture. “Halo 2 on Windows Vista… the less said about that the better!” laughs O’Connor. “It worked and it was definitely Halo 2, but it was a good example of a game where PC players had better options at the time.”

With a PC history so spotty, it will come as no surprise to discover that Microsoft saw Halo Wars 2 as the perfect opportunity to do PC gaming right. “One of the first conversations we had when making this sequel was that we had to update Halo Wars for PC and finally deliver that,” O’Connor recalls. “A lot of work went into building that port, but really we wanted Halo Wars 2 to be a real statement. Not just about putting things on the PC, but doing it right and making sure that the actions-per-minute on the mouse and keyboard were appropriate to what PC RTS fans expect.”

Over a decade and a half, Microsoft have made more mistakes with Halo than just failing to release on PC. The 2014 Xbox One release of The Master Chief Collection was an infamous disaster, plagued with bugs and poor matchmaking issues. These missteps have been invaluable learning experiences through, enabling Microsoft to better steer the Halo ship with each new installment.

“We’ve changed the way we build things in the first place, in terms of how their online aspects work,” reveals O’Connor. “In The Master Chief Collection we simulated [real world latency conditions] and that was a very nasty learning process for both us and unfortunately our fans. But we changed our test process so now we don’t simulate things as much as we used to. We try to introduce real geographical latency rather than simulated latency so what we’re testing is really what it’s going to be like for the public when it launches.” 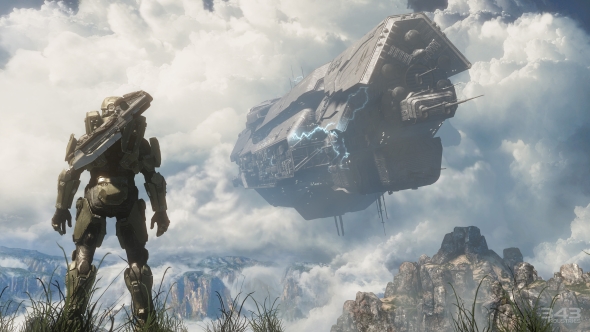 Previous experience has also changed Microsoft’s approach to beta testing. “In the past we’ve done betas where much of the testing had already been done by the time that software came out,” O’Connor says. “But in terms of Halo 5, that beta was a real functioning beta using learnings from The Master Chief Collection experience. It was primarily and almost solely designed to give us networking and bandwidth tests.” You can see this understanding of betas follow through with Halo Wars 2, which first beta tested in June 2016, way ahead of release.

Talking of Master Chief, he’s not in Halo Wars 2. Microsoft discovered in Halo 5 that when players are forcibly removed from the green-clad super soldier they “get antsy”, so how do they feel about creating a game that’s not about him? Were they worried about players feeling as if the Wars spin-off wasn’t a Halo game?

“Halo has always been about this bigger conflict,” O’Connor says. “You always feel like you’re in Halo just because of the furniture surrounding you. The original Halo game was built as an RTS to begin with. Some of the basic components of an RTS are still in there. The way the sandbox works, the way that the two factions contrast against each other. There are two versions of everything: the [UNSC] version of the Ghost is the Warthog, the [Covenant] version of the Hornet is the Banshee. There’s symmetry in how those things work. It’s very RTS like and it’s not a coincidence. So moving fans into different genres is remarkably simple if it’s appropriate.” 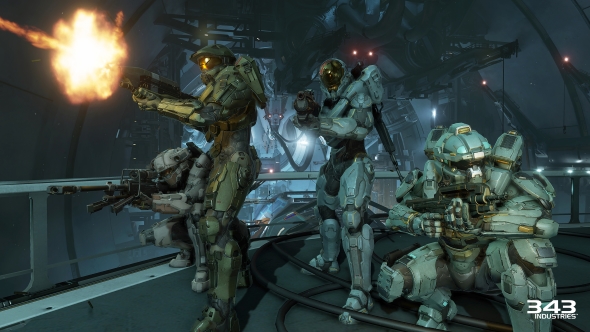 The Halo series has an exceptionally strong visual and audio identity, and those components help cement the feeling of being in the same universe as Master Chief. O’Connor also emphasises that, while not being part of the core series narrative, Halo Wars is canon and impacts the overall universe. “All the characters, vehicles, and weapons we add to the series, they go straight into the canon,” he says. “So when we’re inventing new units or new vehicles we’re already thinking about how they’ll work in other genres.”

That canon now expands across almost a dozen games, a multitude of novels and short stories, comics, films, and an anime. With a universe growing at such velocity you’d imagine there’d be some difficulties keeping creative control of the continuity, but O’Connor claims it’s been quite simple compared to other big intellectual properties. “I think it can be a nightmare. If you look at Disney turning Marvel into this big cinematic universe, they have to look at literally decades of story threads – dead characters, living characters, abandoned threads, and so on – to figure out which is the golden path,” he says. “We never had that many giant reboots or resets in our universe, so we were able to piece it together very smoothly.”

Since the original Combat Evolved, Halo has been a mainstay on the competitive scene. Thus releasing an RTS in the Halo universe automatically comes bundled with the question: what about eSports? And Microsoft have an answer: wait and see. 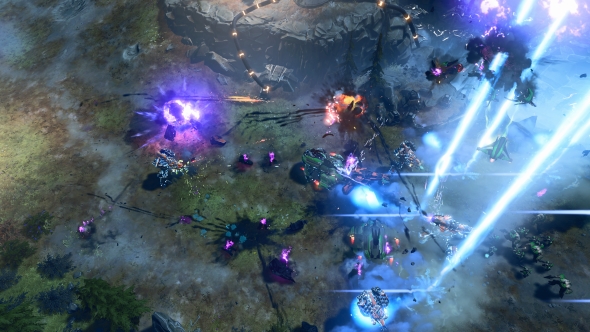 “I don’t think you can force-feed the eSports audience, because then it becomes a marketing effort rather than a thing itself,” explains O’Connor. “StarCraft didn’t get to that position in one go. It’s been a decade or more of iteration, evolution, releases, updates, and so on until they got to the stage where it is perfect for this audience.”

That said, Creative Assembly designed parts of Halo Wars 2’s multiplayer suite with the understanding that there could be a sporting future for it. “We built several game modes with eSports in mind, combined with the learnings we’ve gained over a decade and a half with Halo FPSs and general philosophies,” O’Connor says. “But until the game is out there and until it’s stress-tested by super high-level elite skilled players, we won’t know what the sweet spot is.”

They do have a feeling as to what could do well for Halo Wars 2’s competitive prospects, though. “What we suspect is Blitz will certainly have a role to play in that because it’s a very fast-paced, very watchable version of the game. I think that has some natural attraction for that market.”

It seems unlikely that Halo Wars 2 will become the successor to StarCraft II on the competitive RTS scene, especially considering it’s perceived lack of depth, but there’s no doubting one thing: the Halo universe has finally been delivered to PC in a package that doesn’t feel second-class. We can only hope it’s the signal of a much brighter future for Halo on the platform it was conceived for.