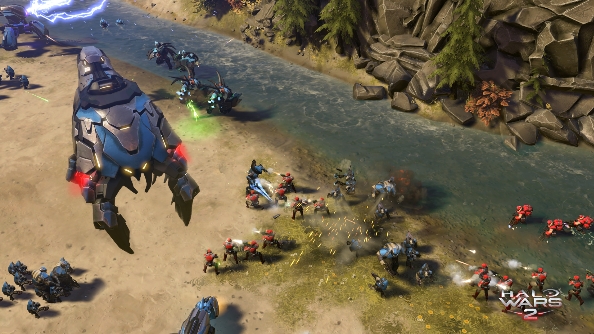 Microsoft are doing a lot to bring Xbox and Windows 10 closer together, but cross-play won’t be available in Halo Wars 2.

Forza Horizon 3 will have the feature, which allows Xbox and PC players to game together, but Halo Wars 2 will be left out in the cold. Initial thoughts would suggest that perhaps this is a good idea: PC mouse and keyboard controls will undoubtedly prove an advantage in an RTS game. However, the real reason is due to timing and a focus on the Play Anywhere system.

“Cross-play is something we were looking at early on in development,” said 343 Industries studio head Dan Ayoub in an interview with Eurogamer. “We’ve been in development since 2014. But as we looked at our timing and our design decisions, we focused on some different things that basically became Xbox Play Anywhere.”

The Xbox Play Anywhere initiative allows you to buy the game one on either the Xbox store or Windows store, and play it on both and Xbox One and Windows 10 PC. Your saves are cloud stored, so you can play on Xbox One and continue your save on PC.

While cross-play won’t be happening in Halo Wars 2, Ayoub said that it could be something they explore in a future game. With the Xbox One set to support mouse and keyboard soon, it would make a lot of sense for a future Halo Wars game to allow cross-play.