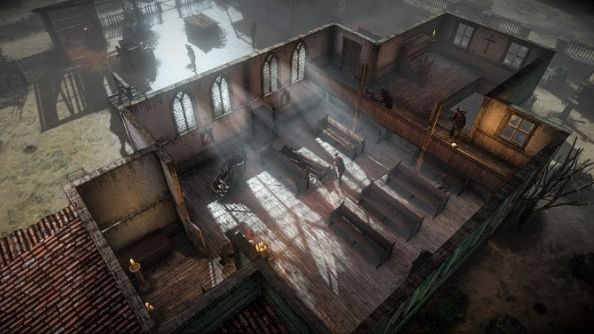 Hard West is an intriguing little game we’ve written about a couple of times before. Its got all the hallmarks of a cool indie title that absolutely nobody is going to find time to play, and I’m hoping we can change that. It’s XCOM meets the wild west with demons thrown in for good measure. A new trailer reveals the first quarter-hour, including the basis of the plot and how combat works in a more in-depth way than we’ve seen previously.

Want something to play right now? Here’s our picks for the best strategy games.

There’s a great amount of style to Hard West, it’s taken the era it’s set in and ran all the way with it. From the menu to the storyboarding to the icon used to represent you, it’s all got the same consistently dark style to it. The liberties they’ve taken with realism and/or real life’s lack of demons are alright too, letting combat come down to a bit more than guns and movement. Can’t have too many cowboys with a banshee’s wail.

It’s a world I want to play around in and could easily see it filling the tactical turn based void between now and XCOM 2’s forever-away release date. I don’t know if it can drag me away from the monster releases of this year I still have to play around Christmas time, though. Are any indie games going to manage to drag your time away?