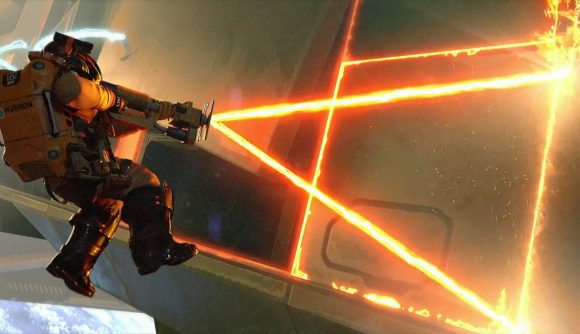 We’ve been enjoying the blue-collar hussle of Hardspace: Shipbreaker since it entered Early Access last summer, and now there’s even more about the sci-fi job simulation game to like. The latest update, dubbed ‘Salvage Your Future,’ fills out Shipbreaker’s story with four new voiced crewmates. The update also revamps the tutorial process and the progression system, and developer Blackbird Interactive says it’s the biggest one to date.

The first thing you’ll probably notice when you boot up Hardspace: Shipbreaker post-update is that your progress has been reset. The entire progression system has been reworked, and certifications that unlock new ships and gear are now tied to ‘mastery points.’ You’ll earn these by filling up a meter at the top of the screen called ‘Salvage Goals,’ and every bit of scrap you send for recycling or incineration adds to the total.

Don’t fret too much about losing progress, because certification ranks 1 through 7 now have a new campaign story to accompany them. You’ll be meeting four fellow crewmembers who will provide some additional colour for Shipbreaker’s dystopian sci-fi world.

You’ll also be able to learn more about the world through new data drives that you can find on the ships you’re breaking up in the bay, and there’s now a wider variety of those to cut apart as well. The Mackerel chassis now has newly revised layouts for the light cargo, station hopper, and heavy cargo variants, and there’s a whole new Mackerel Exolab model to slice into julienne fries.

In celebration of today's update, Hardspace Shipbreaker is 30% off on Steam!

Your new job in outer space is waiting for you: https://t.co/TJHoPQOzRb pic.twitter.com/BQAFTFLv3G

For now, the new character voiceover has been performed by developers at Blackbird rather than professional actors, but the studio says that’s going to get updated for the final version of Shipbreaker. We spoke with some of the developers at PAX East last year, however, and can assure you that they have perfectly pleasant voices themselves.

You can read the full patch notes over on Steam, where Hardspace: Shipbreaker is celebrating the big update with a 30% discount.