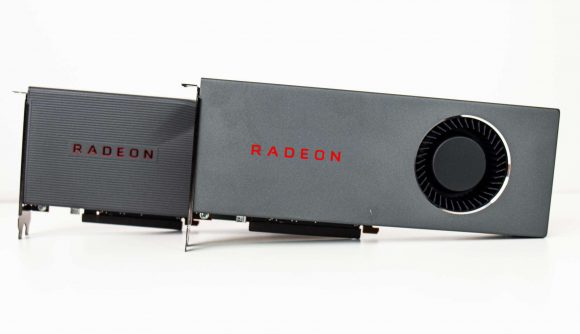 Hardware-accelerated GPU scheduling is here as of the Windows 10 May Update, and it promises a modest boost to your graphics card’s performance – though the jury is still out on how much that performance boost actually matters. Both AMD and Nvidia have recently released drivers that support the feature, so here’s what you need to know.

If you’re running a supported GPU and driver, you can head to Settings, System, Display, and then Graphics Settings toward the bottom of the list in order to access the hardware-accelerated GPU scheduling toggle. The feature is supported, as PC Gamer notes, on a wide swath of Nvidia GPUs as of the 451.48 driver, and on RX 5600 and 5700 GPUs with the 20.5.1 Adrenalin beta.

Hardware-accelerated GPU scheduling offloads the burden of video card memory management directly onto the GPU itself. This should, in theory, offer some reduction in latency and improve performance, tough early benchmarks from outlets like Tom’s Hardware have shown mixed results.

You can get a more detailed technical breakdown of hardware-accelerated GPU scheduling over on the DirectX developer blog.

This will not be a replacement for upgrading to the best graphics card money can buy, but it’s worth experimenting with if you’re looking for a couple of extra frames here and there.