We haven’t heard all that much about Atari’s Alone in the Dark and Haunted House reboots, both due out in Holiday 2014, as the Americans say. This doesn’t mean you can’t throw caution to the wind and pre-order both of them now, but caution is good, so maybe you shouldn’t.

Both games have appeared on Steam, and Haunted House has a new trailer that you can slap your eyes on below.

More of a teaser, really.

Haunted House: Cryptic Graves is inspired by Atari’s 1982 mystery. It’s a first-person horror adventure game, with players stepping into the shoes of Anya Graves, a psychic determined to clean up all the dead folk lingering within Abaddon Grange. With a name like that, the house is just asking for paranormal shenanigans.

The Steam page also reveals the minimum and recommended system requirements, though they are quite sparse and possibly subject to change. 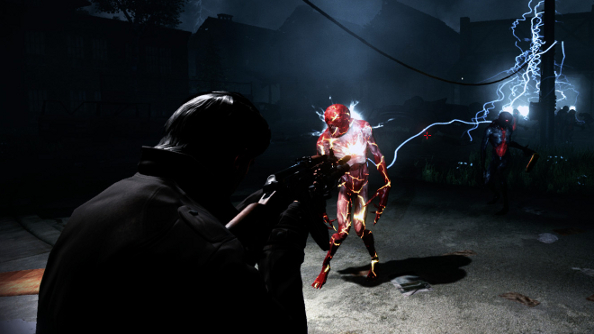 And let’s not forget about Alone in the Dark, a series fallen on hard times. Alone in the Dark: Illumination isn’t exactly going back to the series’ roots, throwing in a 4-player co-op mode where players can choose between four different classes:

The Hunter: Equipped with powerful firearms such as an Assault Rifle, SMG and Flamethrower attachment.

The Witch: Utilizing a combination of traditional weapons and supernatural powers including a Revolver, Lightning Strike, Creature Control and Lightning Crawler.

The Priest: Blessed with divine abilities including the Lord’s Embrace, Holy Light, Wrath of God, Cleansing of the Sinners and Sacred Chant.

The Engineer: Armed with mechanical items and weapons including a Pistol, Pump Shotgun, Tesla Wall and Comet.

You might be able to take it for a spin before its launch at the end of the year, as a beta is set to kick off soon.

Here’s what you’ll need to run it, and unlike Haunted House’s, these system requirements are a bit more fleshed out.

Additional Notes: Supported chipsets: NVIDIA 460 GTX or greater; Intel 4000 or greater. Laptop versions of these chipsets may not be supported. Updates to your video and sound card drivers may be required.