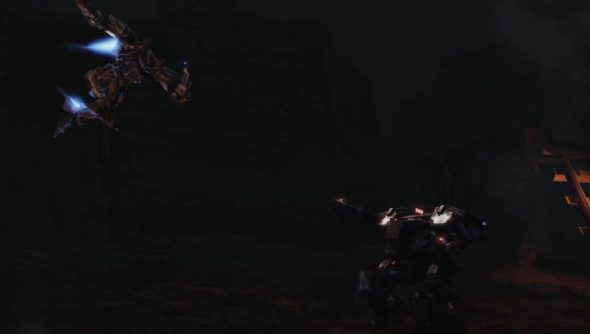 Delightfully silly multiplayer shooter Zombies Monsters Robots (known as Hazard Ops in Europe) will soon see mechs thrown into the war between humans, zombies and demons. The War of the Machines update introduces a new PvP mode, where little humans sitting inside giant machines can fight other giant machines.

These giant machines also have jetpacks.

These hulking steel monstrosities will come with different weapon loadouts, and a customisation system encourages teams to build mechs that compliment each other. “You’re chassis looks particularly shiny today, mate.”

You can take the game for a spin now by registering and downloading it here, while the new update will be shown off at Gamescom.