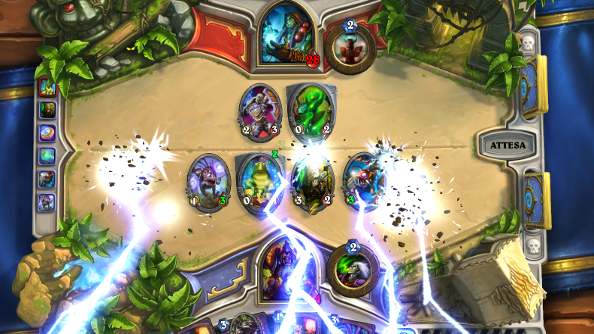 Blizzard expect to still be conceiving cards for Hearthstone in 10 years’ time – but what becomes of the breakout CCG when, god forbid, they move on? It still needs some work, but one player might have a solution: a system for randomly generating almost-functional Hearthstone cards.

Neural networks use statistical learning models to solve problems. Given a large number of inputs, they can generate sensible outputs – say, a card based on the statistics of hundreds of others.

Inspired by an effort to do the same in Magic: The Gathering, one Hearthstone player has trained a network to produce cards in line with the precedent set by Blizzard. Using the normal card list as input, the system predicts what every word and digit on a new card should be – character by character.

“This way, it creates a list of entirely new cards one character at a time, with no concept of what a Hearthstone card even is,” said creator scfdivine. “The fact that it works at all is really impressive.”

The network can’t distinguish between all card types particularly well, so you sometimes get a weapon with a taunt. And it doesn’t understand the relationship between abilities and mana cost – creating weak minions with the command, “Give your opponent an extra mana crystal”.

But it often matches up shamans with totems and knows, for instance, that Battlecry and Deathrattle should be followed by an effect. Class and rarity distribution is accurate, and nine-mana legendaries usually turn up as 8/8 dragons.

The system’s greatest successes so far are cards which sound like they could genuinely add to the game. Like so: 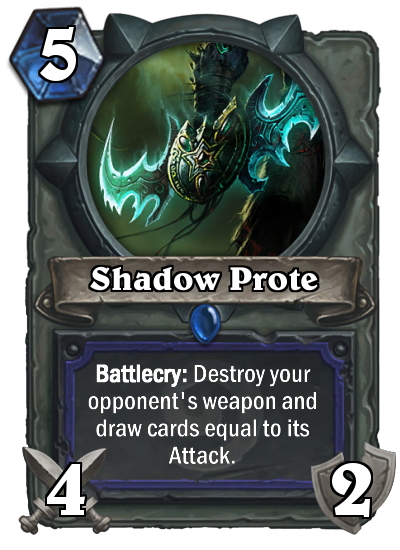 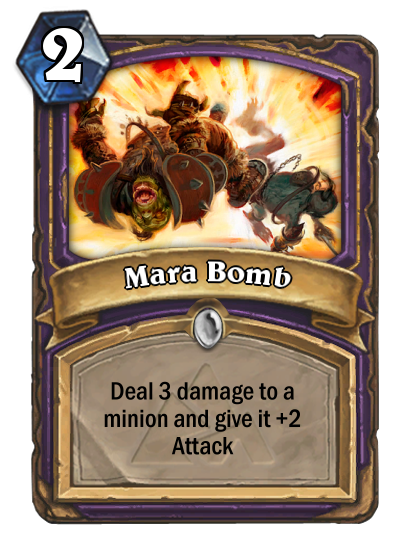 But arguably its best results were the earliest, when the settings needed tweaking: 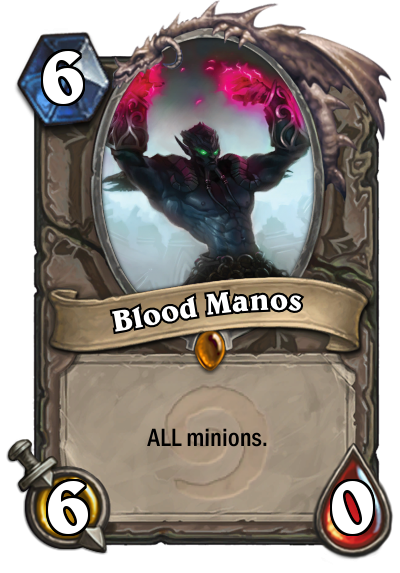 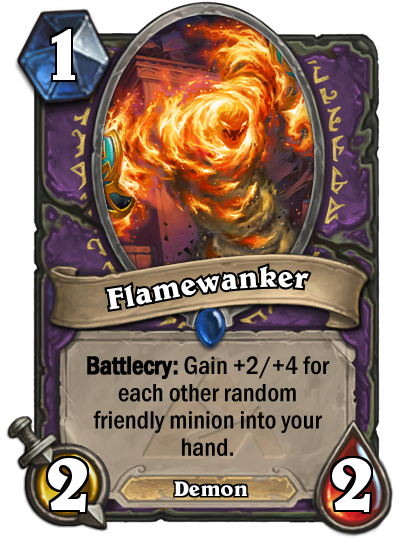 Who knows? Names like these might one day be iconic enough to show up in WoW or Heroes of the Storm.