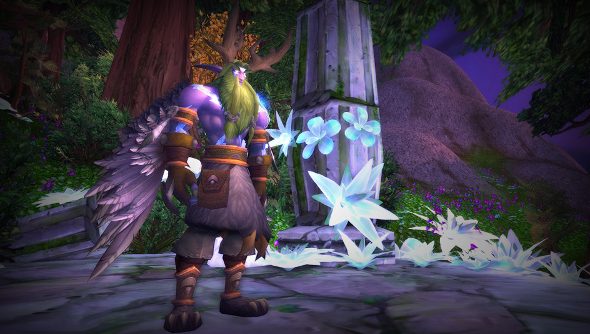 Blizzard continues to slowly reveal the new cards that will arrive in Hearthstone with the launch of the Goblins vs. Gnomes expansion next month. The latest card to be outed by Blizzard is called Druid of the Fang, and as its name suggests, it’s one for druids.

At a cost of five mana, it doesn’t initially appear to offer much, with only four attack and four strength, making it a bit pricey for its stats. However! Mr. Druid of the Fang has a trick up his sleeve. If you’ve got a beast in play, the Druid of the Fang transforms into a 7/7 card, a substantial boost. 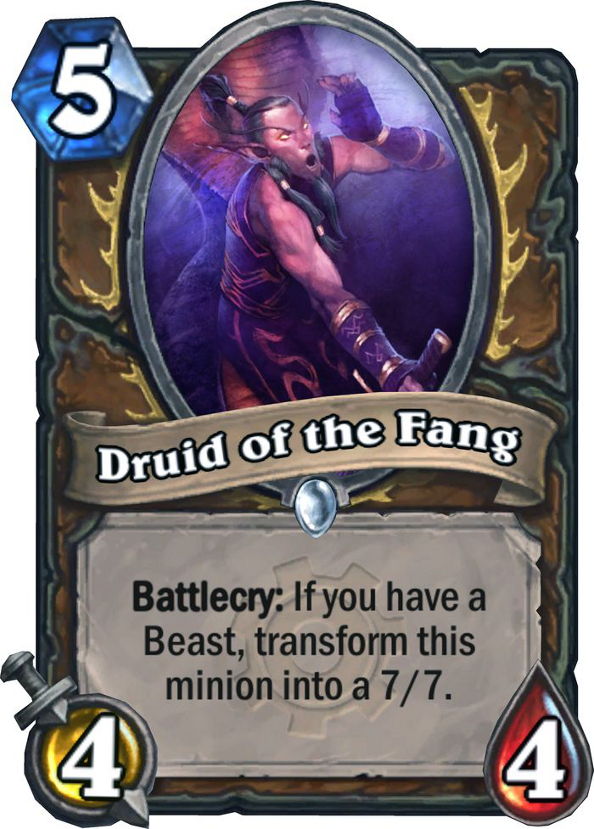 It’s an unusual card for a druid though, as it seems more like a fit for a hunter. Druid’s don’t have any beasts, instead drawing on the neutral beasts that any class may use. And those beasts are not really that impressive.

Druids can summon a panther using Power of the Wild, and that’s as close as they get to having their own unique beast.

It might be considered by some to be a bit wasteful, shoving in a neutral beast just to get the most out of this card. But we’ve not seen every new card in Goblins vs. Gnomes, so maybe we’ll see some more impressive beast cards for druids to make the most of.

What do you lovely folk make of it?