You know, I never thought I’d see the day when Hearthstone could have spoilers. But here we are: Hearthstone can have spoilers. Don’t worry, I’m not going to ruin the new adventure for you. But what’s important is that Galakrond’s Awakening appears to be a good adventure. It’s well crafted and certainly enjoyable, but the inconsistent history of Hearthstone’s solo content makes things a little more complicated than that.

Years ago, Hearthstone’s adventures were like expansions. You could pay for the content or you could earn the in-game coins needed to play it instead. Such content is still available, but it’s now hidden and only available to purchase using real money. After a while, this format rolled back and dungeons runs were released, giving players solo content for free, but with arguably less detail – we’re talking the Koldbolds and Catacombs era of Hearthstone. Then, slowly but surely, the solo content got bigger and bolder once again starting with Dr Boom’s Puzzle Lab.

The Boomsday Project’s solo adventure was the Puzzle Lab in which you were given an objective like ‘clear the enemy minions’ but had limited resources to do so. It was ingenious and new. Then came Rahstkhan’s Rumble’s Rumble Run – back to the dungeon run formula with Shrines. Not particularly special, but an interesting take on the classic formula.

And then solo content in Hearthstone changed yet again. The content became more fleshed out, but the paywall came back and the original paid adventure style resurfaced. To access the full solo content experience, you had either cough up a little cash or play extensive amounts of the game to earn the currency to play. This is also where the solo content lost me as a student at the time with little cash to spend – I preferred Play mode or, more recently, Battlegrounds. So Galakrond’s Awakening represents an opportunity for me to return to solo content, fresh-faced and curious. And lo and behold, I like it. 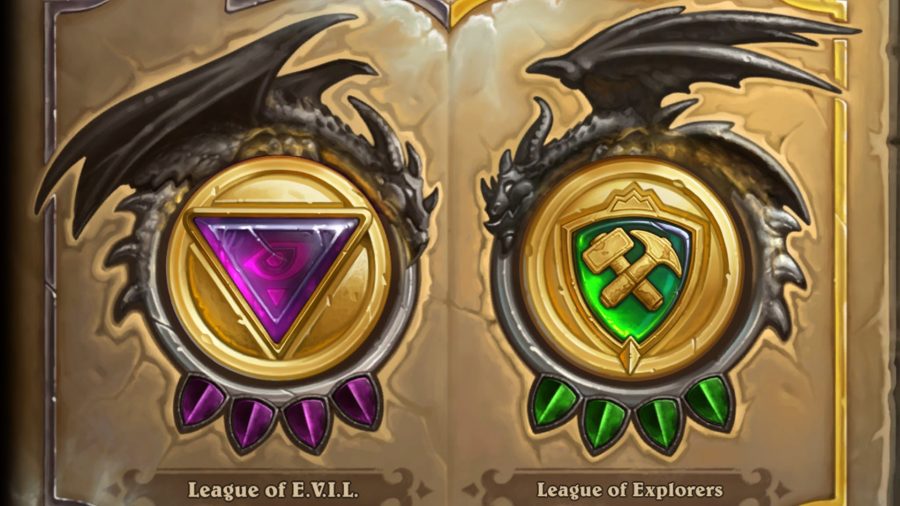 Galakrond’s Awakening is the culmination of the League of Explorers vs the League of E.V.I.L storyline. Perhaps the biggest surprise is that this split dungeon run provides a sense of being on a battlefield – running back and forth and focusing on the important moments. It’s almost like watching a scene unfold before you.

Unlike other previous solo content dungeon runs, you’re not building a deck, you’re experiencing a story. You’re not just yourself, either, as you play and meet many faces along the way, and the dialogue between them is stimulating. I find myself wanting to play more of the adventure, not just because of the card game experience, but specifically because of the story. I want to see where the battle will go next. 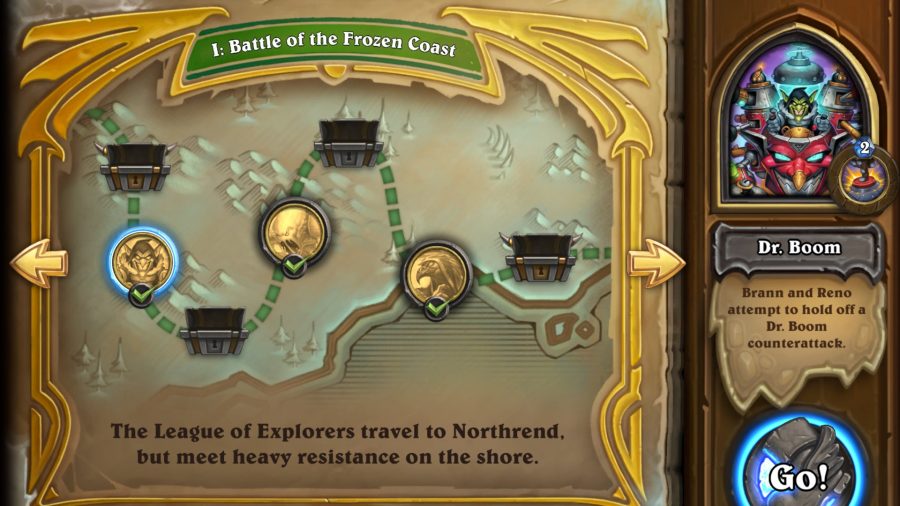 The characters’ silly little quips are particularly enjoyable. Minor spoiler ahead, but the first chapter sees Reno Jackson kidnapped. Much to my amusement, a claw appears on screen and grabs Reno before hauling him away. As a hero, you’re forced to finish the battle before having to search for him across a trail of bosses. As a villain, you cackle as your abduction plan comes to fruition. It’s fun – hilarious even. And it heightens the Hearthstone experience in ways I haven’t seen before.

I really enjoyed my time playing the solo content, then. Not only is it fun, but the adventure awards you lots of cards along the way, so your regular Hearthstone experience is improved by playing. However, I played through the content pretty quickly. The basic hero path is easier than the villain path, excluding the last boss, but even with having to try levels again, it isn’t lengthy. Which leads us to the issue of cost.

You can buy individual chapters for $6.99 (£6.99), or $19.99 (£16.99) for the whole adventure. That’s $19.99 for content that took me maybe six hours excluding heroic mode. It’s quite a lot of money, especially if you’ve paid for card packs in play mode. Hearthstone often incentivises you to pay for content – I know I’ve spent $79.99 for just 80 card packs, a legendary card, and a hero in a single expansion. If you’re a dedicated Hearthstone player who purchases the solo content, you’re looking at $100 every four months for the premium Hearthstone experience – or $70 for the slightly less snazzy version. Either way, that’s between $210 and $300 a year. 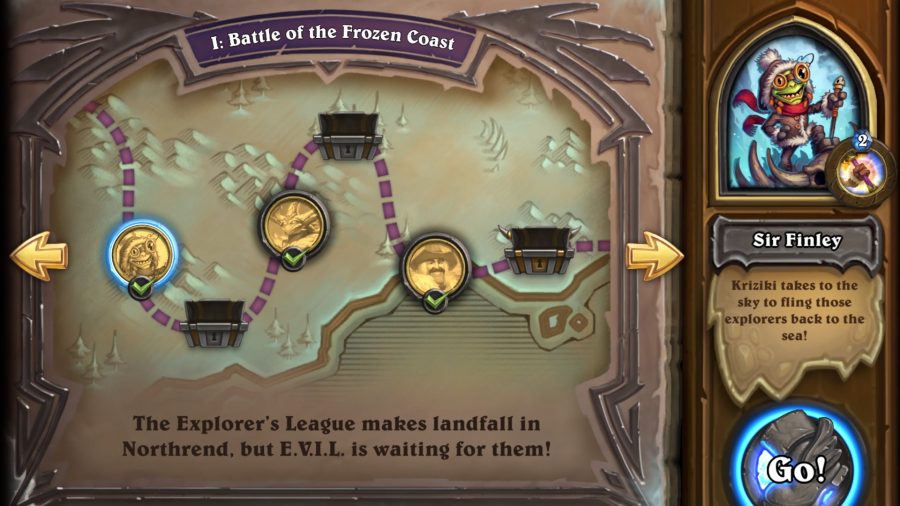 If you elect to earn the in-game gold coins needed to pay for the adventure you’re looking at 700 per chapter, which – depending on your abilities and available time – is several days’ or weeks’ worth of completing quests and/or winning three games in a row. It would likely take you longer to earn the chapter than it would play through it several times over. And as much as I enjoyed the content – it is unquestionably unique clever, and loveable – its cost could be a drawback for some players.

Play your cards right: Here are the best card games on PC

But if you’re a massive Hearthstone fan who loves Warcraft lore and solo adventures, this content is really special. It’s everything I’d want out of Hearthstone’s single-player. It’s a satisfying and all-round enjoyable experience. It’s just also a little expensive.