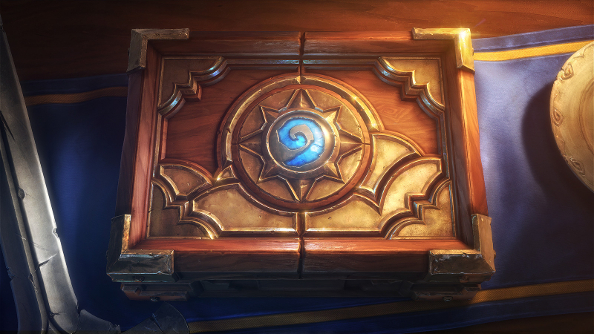 Heathstone community manager Christina Sims, aka Zeriyah, has addressed several longstanding and oft-vocalised fan complaints in a Reddit post, and the news isn’t good if you were hoping for the dawn of a new era in which Blizzard tweaked their cards more to liven up the meta.

Decks on the brain? Check out our best PC card games.

Concerns over certain aspects of Hearthstone have been growing in recent weeks and months, to the extent that certain corners of the community have become a bit unpleasant about it all, as Zeriyah alludes to in her Reddit post: “It’s a bit harder than usual lately that we have to dig a bit deeper to get to the constructive posts, but that’s also the nature of Reddit as a platform of discussion.”

Those concerns can be condensed into the following three sentiments, as Zeriyah puts it: cards aren’t being changed enough, the devs aren’t doing anything, and the game is buggy.

Regarding card changes, Zeriyah continues the line Blizzard have taken throughout Hearthstone’s lifespan – they’re not about to suddenly start restricting or banning certain cards outright. It ruins the idea that you’re collecting a physical deck, says Zeriyah:

“It is actually really important to make your Hearthstone collection feel like a physical, tangible thing. Something that is yours. That you own and have put effort and time into. That you are proud of.

“Other TCG/CCGs may errata or outright ban/restrict cards, but they’re not going to come over to your house, kick down your door, tear the card out of your hand, and rip it up in front of your eyes… We don’t like to do that. It feels really bad, and even worse for someone that may play Hearthstone less often or doesn’t watch the latest news as closely as many players here do.”

So that’s the state of the union for the foreseeable future. Veteran players may see what they percieve has outright broken elements in the game that may be fixed with some card changes, but Blizzard don’t want to alienate new players who don’t understand why their deck just changed overnight.

Complaint two: “You guys don’t do anything.” Zeriyah says there’s a lot of work completed every day by the dev team on content that hasn’t been rolled out to the public yet, and “obviously there is a lot of stuff I can’t talk about.” However, She cites the iOS and Android versions, the 2015 World Championships, Tavern Brawl, Blackrock Mountain and more as evidence of what the team has completed so far this year.

Finally, the bugs: “Our patch notes may not reflect it, but we address hundreds of various issues each patch that we don’t list.

“Our mobile platforms have a character limit when it comes to how much we can put in our patch notes, and we localize our patch notes in all available languages, but we highlight the more prominent outward-facing bugs in our notes when we are able. It’s something we’re continuing to work on.”

Zeriyah also points out that going forward, community feedback will be replied to via @PlayHearthstone on Twitter rather than via individual community manager’s accounts.