The Hearthstone Designer Insights videos have been providing a regular look at what goes on behind the scenes at Blizzard and inside the mind of the booming juggernaut that is Ben Brode for a while now. The latest has arrived, discussing the nature of content updates to the game, the way the community reacts and what a lack of news usually means, plus some decisions the team have made regarding how to treat these situations in the future.

Get into the game with the very best Hearthstone decks available.

Brode also took to Reddit to discuss the video and explain some things, but have a pop through its seven minute runtime first:

There’s a lot of stuff here, but the basic premise is trying to dispel the myth that a game studio is ever not working, or being lazy. There’s just a lot of work that gets done before something can be announced, and it can often lead to nothing if the standards set are high. Even with simple stuff, when a team like the Hearthstone one is dealing with multiple platforms, different languages, a humongous playerbase and trying to develop features, cards and weekly content all at once, there can be delays.

There’s also some key tidbits on what Blizzard could be doing to better communicate with their players. Announcing things at the right times, more videos such as this one and making sure it’s clear what they’re working on at all times and why it’s taking so long. Brode’s posts on Reddithad a little more of this:

“I make the videos mostly because I think people have a tendency to assume simplicity when often the problems we run into can be quite complex. That assumption sometimes turns into unhappiness when people think there is a ‘clear, obvious’ solution, and we must be foolish for not immediately jumping on it. I think that’s on us to educate about design, which is mostly what I’m attempting with the videos.”

He also mentioned that this video was made a few months ago, before the announcement and subsequent quick release of League of Explorers. The long delay isn’t indicative of all the videos, but none of them are released day and date of recording. It also means what’s in the above isn’t hinting at anything coming in the future or announcing any new initiatives – this has all been in place for months. 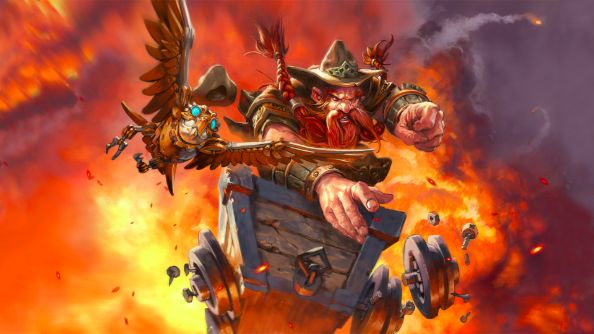 These Reddit posts quickly turned into an unrelated and impromptu Q&A, where Brode answered a few questions. Here’s what came out of it: