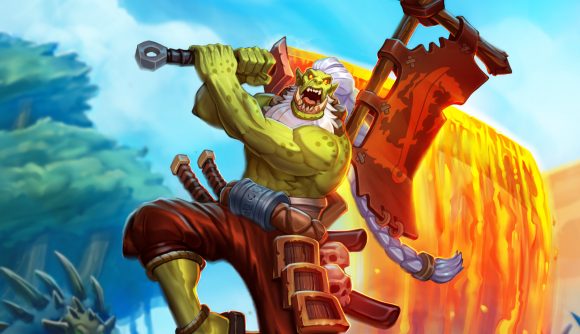 A new Hearthstone expansion is coming which, uh… means new cards. (I think we’ve been through this cycle a few times now, right?) The Forged in the Barrens reveal during the BlizzCon opening ceremony detailed a few of them, but there were a bunch more as part of the Hearthstone deep dive following the main show.

In case you missed the first wave of news, there are a few new gimmicks this time around. The new keyword is Frenzy, which takes effect when a minion takes damage and survives. That minion might then attack a random enemy, transform into another card, or put a more powerful version of itself into your deck, depending on the specific card.

Spells can now come in ‘ranked’ form, which means they’ll level up over the course of a match, gaining power when you have five mana, and again at ten mana, though they won’t actually cost anything more to cast. All ten classes will get a ranked spell in the expansion.

Spell schools will now apply labels like ‘holy’ or ‘fire’ to both new and old spell cards, which opens up new types of effects. For example, when you have a Spirit Healer, casting a Holy spell will automatically give one of your minions an extra two health. 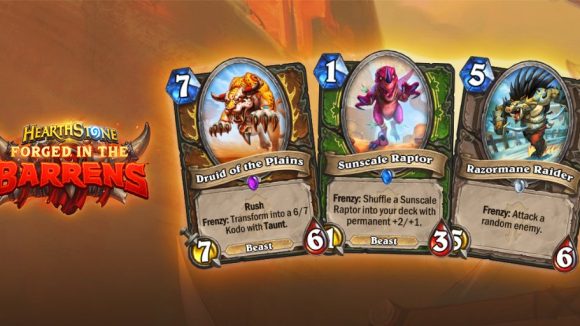 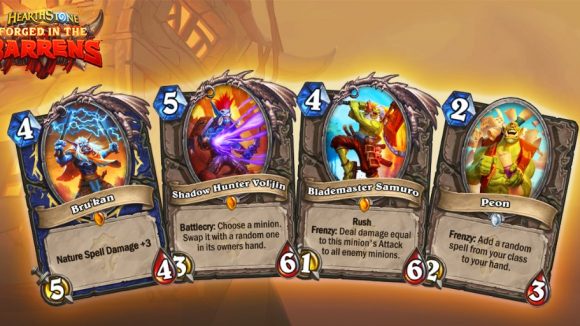 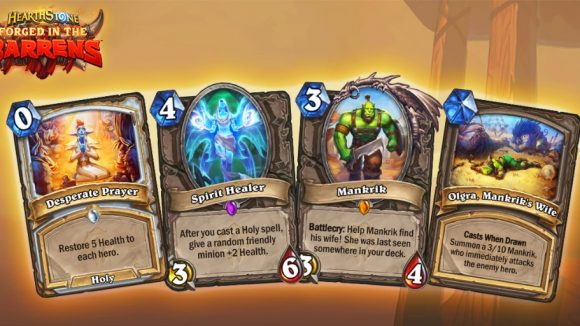 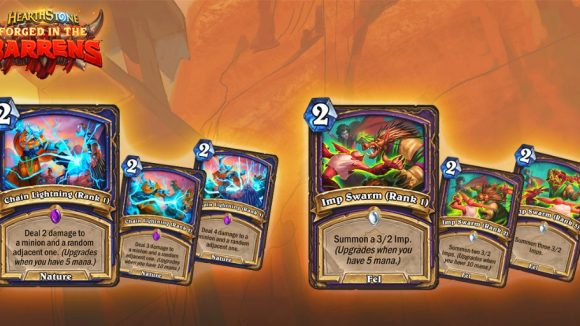 You can see all the cards above, or get a more detailed (and much sillier) breakdown below. 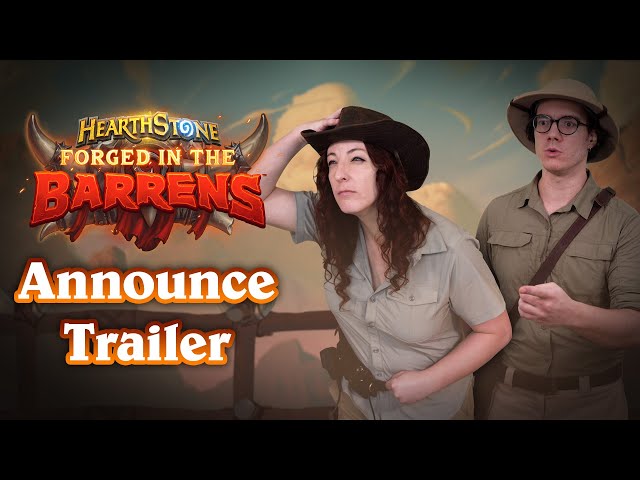 Blizzard’s take on card games has plenty in store this year, with the Core Set promising a major shake-up of the basics, and Hearthstone Classic letting the nostalgic among you get your fix.