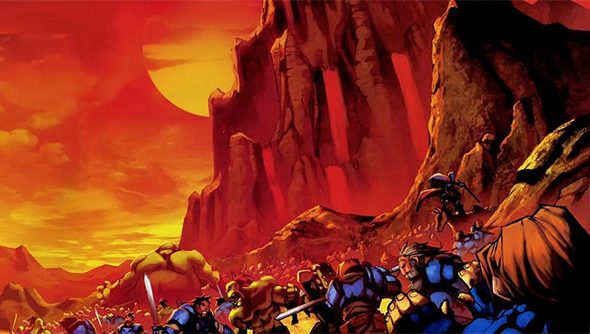 The latest Hearthstone patch has been scoured for secrets over on Hearthpwn, revealing code for a number of new card backs that suggest an expansion themed around World of Warcraft’s Blackrock Mountain.

That’s a picture of the mountain there. You can see that it’s about as Warcraftian as mountains get.

Patch 8036, which should be live by the time you read this, contains pointers to three card backs titled Molten Core, Ragnaros and Golden Celebration.

Molten Core is the World of Warcraft raid found in the Blackrock Mountain area, Ragnaros is Molten Core’s raid boss (who already features in Hearthstone as a Legendary card) and Golden Celebration is either something filthy or simply something related to the CCG’s golden cards.

Two of the card backs contain code referring to licence detection too, which usually relates to rewards that are triggered by owning another game or expansion on your Battle.net account, while the Molten Core card explicity mentions “purchase brm presale”. The ‘brm’ in question is likely to refer to Blackrock Mountain.