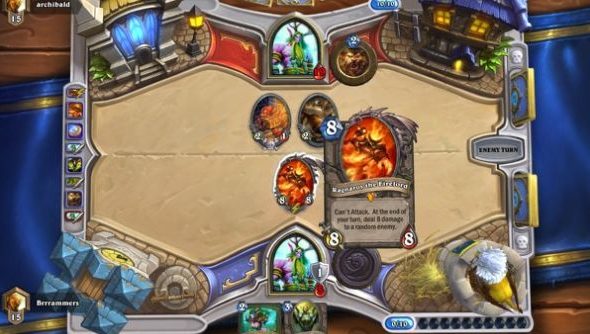 Nvidia have announced that they they are holding a Hearthstone eSports contest. The Pro/AM Tournament will be host to game played by professional and amateur players who will be looking to grab a share of the $25,000 prize pool, as well as qualification points for the Hearthstone World Championship.

It’s free to sign up, so if you’re a dab hand at Hearthstone then you’ll want to head here.

The tournament runs for eight week, from March 26th to May 14th. There are two divisions: one for amateurs and one for pros, which will lead to the global playoffs where the top 16 from each division will face each other in a 32-team, single-elimination, best-of-five bracket. These playoffs will take place on May 30th and 31st.

All players who make it into the final bracket will also win an Nvidia Shield Tablet.

Registration is open now, and closes on March 19th at 12pm EST.