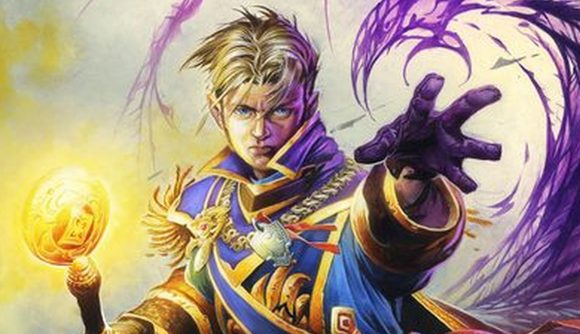 Hearthstone’s Priest class is finally (finally) getting a rework. After years of inconsistency in the meta and a little bit of an identity crisis, Blizzard is finally remodelling some of Priest’s old cards, chucking others away, and adding some new ones in for good measure.

It’s no surprise to Hearthstone players that cards will get ‘hall of famed’ here and there, but what might come as a surprise is the number of Priest cards getting replaced in this new update. Auchenai Soulpriest, Holy Fire, Prophet Velen, Shadowform, Divine Spirit, and Northshire Cleric are all getting the boot to redefine the class entirely.

Blizzard is replacing these familiar faces with new cards which fit the identity of what they want Priest to be – a more control focussed and more fight-y class. Basically Blizzard wants Anduin to get his hands dirty it seems.

Instead of being kicked out completely, cards like Thoughtsteal and Shadow Word: Death are only going to cost two mana – a massive step in improving these cards in the future meta. There are seven cards in total that are going to be altered rather than replaced, making sure the class isn’t unrecognisable for long-time players.

Priest is also getting a new legendary Natalie Seline which is an eight mana (eight attack, one health) card whose Battlecry destroys another card, sucking the health from them – cool right? I look forward to her blasting through some of the biggest minions other classes have to offer.

Hopefully these changes mean the Priest will be resurrected (a joke for the Rez Priest fans out there) in the near future as they arrive on March 26. There is a whole bunch of stuff happening in Hearthstone in the near future, so take a look at our round-up to see what’s a-changing.